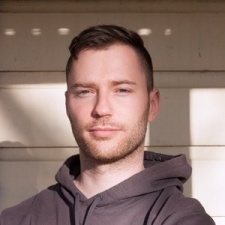 The cooperative action-adventure game was chosen as one of the first three exclusive titles on Epic Games’ new storefront. We spoke to Aurora44 creative director Derek Bradley, who founded alongside a number of fellow former developers at Peter Jackson’s visual effects studio Weta Digital.

“I had worked in the New Zealand games industry before transitioning to film at Weta Digital. I left my job at Weta Digital to start A44 with a small group of fellow developers,” said Bradley.

“Weta Digital set an extremely high bar when it comes to quality. Time at Weta taught me what to aim for. I would say, more than anything else, Weta provided perspective.”

Bradley gave us a brief rundown of the original pitch for Ashen, which now includes features like town-building and a multiplayer mode that disguises other players as NPCs from the hub.

“Ashen was envisioned as a game about forging relationships from the very start," he explains.

"One of the things we hooked on to early on was the desire to breathe life into NPCs that might otherwise be static quest delivery devices.”

“To do this we mixed passive multiplayer that allows other players to roleplay as each other's townsfolk out in the world, with high-risk combat that puts those fleeting player to player encounters in peril.”

Ashen isn’t wholly unfamiliar - with a brooding atmosphere and high-stakes combat, the game quickly saw comparisons to From Software’s Dark Souls series. Bradley commented that these comparisons are welcome, if not entirely expected.

“To be compared to Dark Souls is always extremely humbling for our small team," he admits.

"We didn't necessarily set out to make a stamina based combat game, but landing on high-risk combat as a way to draw players together into meaningful interactions certainly owes a lot to the Souls series.”

Ashen’s inclusion in Microsoft's [email protected] indie games scheme was an early boon for the project's development and was influential in the production process.

"The opportunities and support we have received from [email protected] effectively shaped Ashen and were the catalyst for everything that followed.”

“There are almost too many things to name separately since game development is such a complex medium. If anything, each shipped title that I have been a part of teaches you to be more appreciative of the brilliant people that surround you and make something so unbelievably complex a reality.”

Editor's note - this interview was conducted before Ashen's launch and thus we weren't able to ask about the title's inclusion in Epic Games' new storefront.