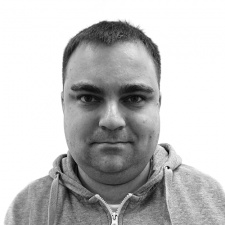 Founded back in 2011 by veterans of the Polish games industry, CreativeForge is currently hard at work on its third title.

"Our protagonist begins the game as either a CIA or KGB operative (those campaign backgrounds offer a number of completely unique story missions and allies). Ultimately, albeit for different reasons, they always end up going rogue and fighting a powerful conspiracy which uses both sides of the Iron Curtain to escalate tensions and manipulate states to further its own goals.

"In between tactical missions where players lead a team of one-to-six operatives on daring missions, there’s the entire strategic layer to consider. There’s base and team management as well as recruitment, counterintelligence, sabotage. Finally, there’s a completely unique gameplay mechanic of our Investigation Board: a collection of documents, transcripts, codenames and maps which need to be analysed and connected to reveal their secrets: targets of opportunity, valuable information and insight into the conspiracy. All those elements come together to form a massive game, which is definitely the studio’s most ambitious project to date. A 30-to-40 hour campaign, high replayability and full support for stealth and combat are good indicators of Phantom Doctrine’s scope."

Many games in the strategy sector are taking a leaf out of XCOM's book. Phantom Doctrine certainly borrows elements from this series, as does Mario & Rabbids: Kingdom Battle over on the Nintendo Switch. Krakowiak says that this is credit to XCOM's design, but that his game does add new elements to the formula.

"I still remember when shooters used to be called 'Doom-like', before the invention of the 'FPS'," he says.

"XCOM being used the same way for tactical games reminds me of that. Jake Solomon’s team deserves all the credit for reinvigorating the turn-based tactical genre with 2012 XCOM. It’s the de facto benchmark for such games in some respects but it’s also a rather specific, sci-fi title, retelling - very well - the same story of the war on alien invaders. Turn-based tactics are a great foundation for many other scenarios, from colourful and wacky, like Mario & Rabbids, to realistic and grounded in history, like Phantom Doctrine. Besides, we’re all trying to innovate within the general framework. We were very happy with the response to some of the changes we implemented in Hard West, our previous title. The early reactions to Phantom Doctrine seem to indicate that once again we’re adding fresh and welcome twists to the formula, as well as exploring an exciting setting."

The strategy market isn't without its issues, however, with Krakowiak saying that it is somewhat crowded.

"It seems to be thriving although it’s getting a bit more crowded on the lower end of the spectrum of quality, but most genres have this problem nowadays," he explains.

"Thankfully, there’s more than enough creative and innovative games, as well as new takes on existing genres. The divide between RPG games and tactical titles is also blurring to some extent which can benefit both sides of the arrangement.

The game features real-world events in an alternate timeline to tell its conspiracy-tinged and paranoid story. This, and the 1980s setting, was chosen to ground the game, while also positioning it between the hyper-technological landscape of the present and the primitive past.

"The initial creative idea was the conspiracy, then we started looking for a good setting for it," Krakowiak says.

"One of the early choices was the limit on plausibility and realism: using what we call ‘the X-Files scale’, we’ve decided to stick to the level of the government conspiracy and technothriller episodes but draw the line at the alien and the paranormal. Then the inspiration to reach for the treasure trove of actual, real-world insanity that is the Cold War struck and the rest is history, if you’ll pardon the pun. We wanted a setting before the advent of the total information warfare, when intelligence operations live or die on someone’s hacking skills and internet bandwidth. We wanted to explore a time when physical access was still the best way to acquire information and informants. On the other hand, we didn’t want to go too far into the past, to make sure the in-game world is recognisable and that there’s some interesting spy technology to play with.

"That brought us to the 1980s, a period some people incorrectly consider as the epilogue of the conflict. In fact, at the beginning of Cold War’s final decade, all bets were off on which way the decaying Soviet Union would jump. We’ve decided to focus on important, in some way iconic events which are still shrouded in mystery. Events where we could realistically depict behind the scenes machinations and put them in the context of the hostile global conspiracy. To that effect, after completing the campaign once, players gain access to a third background, Mossad, and special New Game Plus story content during their second playthrough."

The title is set to launch later in the year, with the team hoping its hard work at innovating the strategy formula is recognised by the fans.

"We want people to enjoy playing Phantom Doctrine: the challenge, the setting and the story. We would love to see people appreciate all the innovations within the formula of turn-based tactics," Krakowiak says.

"We want to support the game for a long time after launch, with updates, improvements and content so we hope there’ll be an audience for it."