Why two ex-TT LEGO devs are making Talesinger, an RPG without combat 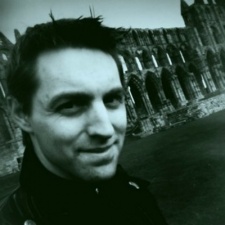 British games developer Quantum Soup was founded in July 2016 by Traveller’s Tales (TT) veterans Chris Payne and Ralph Ferneyhough. The pair worked together at TT for 15 years, from before the Lego Star Wars series even started.

“But we eventually got a bit bored with doing Lego titles... We wanted to do something a bit different, we set up Quantum Soup to work on some narrative games,” says Payne, now managing director of said studio.

“We wanted to do something a bit different, we set up Quantum Soup to work on some narrative games.”

Quantum Soup announced the development of its first title, Talesinger: Voice of the Dragon in February this year. It is an RPG title with no combat; players take on the role of a bard who is tasked with solving puzzles. Payne claims that, “There's a growing market appeal for those sort of titles as people are increasingly happy to play games that are just story-driven, and have very little in the way of mechanics.”

“People are increasingly happy to play games that are just story-driven,”

Talesinger's lack of combat stems from some issues that Payne has with traditional RPGs.

“My main issue with existing games is that a lot of the mechanics tend to be completely distinct from story,” Payne continues. “You'll get a bit of story and then you'll do a bit of gameplay, and I understand that because it's very, very hard to do properly interactive story in anything more than branching dialogue or something that's very generative and a bit stylised. But I think that there's a lot of interesting stuff to be done in that space. Our first title has dialogue trees but the mechanics outside the dialogue trees feed back into them… It's all different narrative solutions, rather than: 'Stick this cog into this machinery to make stuff happen.'”

“My main issue with existing games is that a lot of the mechanics tend to be completely distinct from story,”

Payne and Ferneyhough's approach to development at Quantum Soup is certainly informed by their experiences at LEGO studio TT.

“When I started at TT 15 years ago, it was a much smaller kind of family company atmosphere, and, by the time I left, because of the rate that they were producing games, it had become a much more, very efficient production line because everybody knew what they were doing. We were churning stuff out.”

He continues: “I’ve kind of wanted to get back to being able to be a little bit more experimental, certainly in the game design.”

Payne is keen to point out the importance Quantum Soup has placed on historical setting within Talesinger.

“The overall storyline is about trying to drum up resistance amongst the Celts to the Roman incursion into their lands. We're compressing the historical record quite a bit, by squeezing it into one character's lifetime. The Roman conquest of Wales spanned about 50-to-100 years, but we're compressing it a little bit.”

There are challenges which staying true to the time-period presents in developing the gameplay.

“It's the Iron Age, and they didn't really use a lot of written materials so we can't leave little quest logs lying around,” as might otherwise be the case in Bethesda RPG titles, for example. “Anything that we try to put into the environment is gonna have to be commented on by Gwen, the playable protagonist, or just blatantly obvious, like finding a body with a sword through it, for example; not subtle!”

“It's the Iron Age, and they didn't really use a lot of written materials so we can't leave little quest logs lying around,”

Talesinger is approaching launch with Payne saying the aim is to release in Q1 next year. Development has not been without its challenges.

“Because it's our first game we're still building all of the core tech that everything else depends on. It's quite an investment into that core tech, which we then look forward to being able to reuse on subsequent games.” Clearly, Payne has high ambitions for Talesinger; that it could be a series, not just a one-off (depending how well the first title sells).

“Long-term, what we'd like to do is extend the franchise, Final Fantasy-style, by setting new stories in completely different cultures; so we could do a tribal African Talesinger and a Native American Talesinger, that would be really fun to be able to talk to people from those cultures and do a lot of research.”