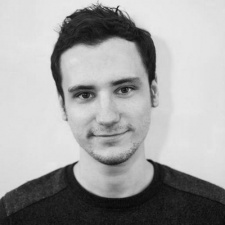 Bulkhead Interactive has been about for a few years now.

The team met while at university during the mid-00s game crash. Not many studios were hiring, so they decided to go it alone.

“We were young at the time and were like: 'Let's go for part-time jobs and try and make our own indie game and see if it works out and see if we can make our own route into the games industry’,” creative producer Howard Philpott says.

“We tried it, we went for six months and made a terrible game that sold okay called Pneuma: Breath of Life. It went okay and had a dedicated fanbase. Later on, we made our second game, which was The Turing Test. That was also published by Square Enix. From there we were able to work on Batallion as well as getting money via Kickstarter. Eventually, we were able to make our dream game.”

Now the team is working on its most ambitious yet, Battalion 1944, a World War Two shooter with a different approach to many shooters.

“The initial idea was at the time there were no WW2 shooters,” Philpott explains.

“We also knew that the big companies would never go for the type of shooter that we wanted to make. That means no killstreaks, no perks, just back to basics gameplay. Call of Duty 2 had these amazing fight sequences with one shot rifles, but we wanted to combine that with COD 4 - the fast-paced pro-mod style of gameplay. People are really responding to it, the fans who used to play those games. They're coming up to us and saying they love it. It's good for us.”

Though there were no World war Two shooters when the team first started out, Activision has thrown its hat into the ring with…. Call of Duty: WWII. But Bulkhead isn’t that worried about the blockbuster series.

“But what we wanted to focus on initially was the PC competitive games market. We' re here at Gamescom running at 144 FPS, super optimised and super back to basics gameplay. That resonates with people. To us, it's always great to have that competition and drive. We were a bit: 'Oh damn' when we first saw it but it's okay.”

In order to fund Batallion 1944, Bulkhead turned to Kickstarter, raising £317,281 in the process. Philpott managed the crowdfunding effort, saying that it required a lot of work.

“It is very difficult to do. You're promising a lot of a load of people which is a lot of pressure on your shoulders. You have to make sure every part of the Kickstarter is perfect,” he says.

“We didn't do it perfect either. We got the estimated release dates wrong and we had to manage that. The good thing about Kickstarter is that it gives you a core community straight away. That was really important for us because we needed alpha testers and we didn't have them. We're a small team in Derby. These are people that want to play our game and are happy to put money in and an invest but also help work for us in a way. It's been going great so far.”

With its PC-centric and fast-paced gameplay, esports is on the cards for Batallion 1944. But this is something that the community is going to have to show up for pro-gaming to be a bigger part of the project.

“Esports is a lot of work,” Philpott says.

“You can never say you're going to be an esports game ever. It would be amazing if the scene jumped up around it. We've already had teams come to us and say they want to start playing our game. ESL is super interested in running tournaments as well later on down the line. It's good for us. You can't just say you're an esport, it doesn't work like that; you need the community to come up around it. We're just saying we're competitive, which is true. We're trying to be everyman's competitive game. People come home from work and don't have an hour to play a game. They can play Batallion which is 20 minute long matches, compared to CSGO which is up to a full hour. There's no barrier to entry. There are no unlocks so you don't need to play for 60 hours. You can just jump in and you have all the tools there for you.”

The title is set to launch into Early Access, with a launch pencilled in for next year. The firm also has big plans for the title in the coming year.

“Our vision for it is we'll have matchmaking and competitive mode, and further down the line we'll add extra content. We'd love to add the Russians and the British but it depends on how people receive the game,” Philpott says.

“So far people are loving it so it's going well.”

Bulkhead Interactive was chosen as one of PCGamesInsider.biz's Top 20 Developers to Watch earlier this year.

How has Battalion 1944's launch gone? Bulkhead's Joe Brammer tells us all

Bulkhead Interactive opens up another warfront with new Munich studio