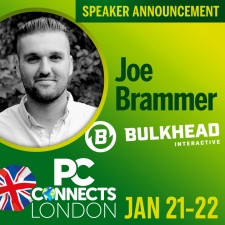 The studio behind first-person puzzler The Turing Test and throwback classic first-person-shooter Battalion 1944, Bulkhead Interactive is a fresh-faced developer with bases in both the United Kingdom and Germany. With an average studio age of 25, Bulkhead approach games development with new ideas and innovative thinking.

I started making mods for the original Battlefield games and Half Life 2 when I was 11. I never really had another career path - before that it was professional football player. By 11 I had decided I wanted to be a game dev.

Do work outside of your university or college courses. I don't know of anybody actually worth their salt in the industry who didn't go home and work on their own projects.

I think it's changing faster than ever before. On the one hand, it's great we're starting to see the industry respect the workers/developers a lot more, but on the other hand, nothing is being done to curb or control player expectations. This is totally unsustainable - the demand for new games and content is so high but the amount people are willing to pay for things is so low. I'm yet to see how we're going to deal with this as a collective group.

I think we'll start to see more free to play games making headway in the West. Traditionally, I feel like free to plays have generally been seen by Westerners as cheap in quality and ironically "money grabby". The standard model of release a game and charge $XX for it simply isn't working as well as it once did and players want a more personal connection their time 'investments' now.

I only started 5 years ago and its changed massively. I joined in the middle of the indie gold-rush right at the start of programs like [email protected] Since then, the indie market has all but disappeared and IP has become king. Owning the rights to games seems to be the most important bit of currency as the industry careers towards subscription models.

I'm looking forward to hearing how people think Brexit will effect our industry in the short term and how we can prepare for it.