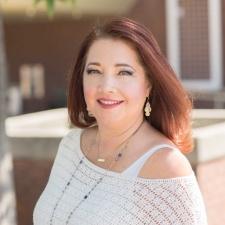 In March of this year, Maximum Games became the latest company to move into the indie publishing scene.

Following the success the company has seen, the decision was made to create a publishing division dedicated to independent developers. The publisher made an impact at E3 2019 revealing upcoming titles such as Remothered: Broken Porcelain, Cris Tales, Trine 4: The Nightmare Prince and Rock of Ages 3.

"I think it's important not to get complacent. While we've had great success with Maximum Games, we thought it was time to put our efforts and expertise toward supporting independent developers looking to get their games out the door," Maximum CEO Christina Seelye tells PCGamesInsider.biz.

"Over the years, we've seen so much interesting content from smaller studios that need a lot of guidance to understand what is required to publish their games and what steps need to be taken to ensure their best product is brought to market. That's where Modus comes in. It's backed by a Top 20 video game publisher and have the means to help those who have great concepts and creative ideas bring their games to the world."

When we bring developers in, we're bringing them into a tight-knit family

There’s not exactly a shortage of publishers, especially within the indie space. Each offers various services to developers. With Modus Games claiming it provides triple-A standards of publishing, in part due to the years of experience Maximum Games has under its belt.

"A lot of indie publishers just focus on launching games. When we bring developers in, we're bringing them into a tight-knit family, providing a step-by-step, detailed, refined and professional launch process that is customized to individual studios and their needs," explains Seelye

"The services we provide extend beyond launching your game. We handle all levels of production including QA, localisation, and playtesting; we handle all digital and trade marketing; we handle all PR. We are also one of the few indie publishers that still believe in launching physically as well as digitally to truly achieve a global reach."

The services offered by Modus include a wealth of publishing experience. The company consists of developers and industry veterans who have worked on various projects, from smaller independent projects to larger triple-A titles.

"Our team of professional gamers, talented developers, and industry veterans bring a diverse skill set and background to the table,” Seelye says. “We have experience building and delivering everything from triple-A titles to indie gems.

"We have embraced the golden age of indie and are redefining the studio-publisher relationship by utilising our talent and resources to bring full-service publishing to development teams of all sizes across the globe."

She continues: "We've been very pleased with the progress that Modus has made so far. We had a somewhat quiet and slow roll-out before the official launch of Modus Games earlier this year.

"We went big at E3, with the announcement of Cris Tales, and announced Rock of Ages 3 and Remothered: Broken Porcelain during Gamescom – all of which were extremely well-received. We are very excited to see what the rest of this year and next brings."

Essentially, when it comes to content, we like to work with people who have found a niche that hasn't been fully explored.

Thanks to a variety of factors, including greater ease of access to both tools such as Unity and Unreal, as well as platforms to sell projects, there have never been more people making games. Not all of these creators, however, are aware of what makes a good pitch.

In fact, this is such a concern for Seelye and her team that they published a blog post on the subject earlier this year.

"We want to use our expertise to educate and help these creators,” Seelye explains. “Essentially, when it comes to content, we like to work with people who have found a niche that hasn't been fully explored. We love blended genres and new spins on favourite genres."

“In the current industry, there is a specific role that publishers fill. While self-publishing is a viable option for many independent developers, they are not likely to achieve the same success as if they had gone to a publisher,” she explains. “As part of its role, a publisher looks ahead, launching the game is just the beginning."

She continues: "I'm fond of the saying: 'Do what you do well.' Our strength is game publishing. Game development is a skill and talent in itself, but it's only half of the puzzle. You have to know what it takes to get that creative outlet to the masses. Self-publishing is great, but publishers see beyond launch. We are thinking 10 steps ahead, always. We have the resources and experience to create lasting franchises. I don't think it's a matter of the industry-changing, I think it's a matter of doing what you're good at and knowing your strengths and limitations."

Looking to the future Seelye says that Maximum and Modus is on the lookout for developers to snap up as it grows its business.

"Our goal is to grow both branches of the business – the Maximum Games side, as well as the Modus Games side,” she concludes.

“We see both as being equally important. Acquiring studios is also going to strengthen our position to be an advocate for independent creators.