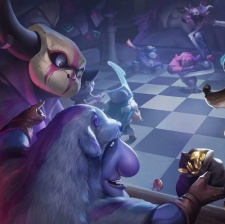 The news was revealed by Dragonest CEO Longfei Li on Chinese blogging site Weibo before being translated by VPEsports.

As part of the collaboration, Auto Chess players can now log in to the game through messaging platforms Wechat and Tencent QQ. Furthermore, the Auto Chess tournament that is due to take place in June 2019 will see Tencent involved in some capacity too.

Drodo Studios soft-launched the standalone version of Auto Chess at the end of May, with local publisher Dragonest signing a deal with the firm to bring the game to mobile.

Free-to-play Rocket League gets the greenlight for China launch