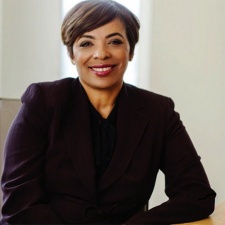 League of Legends maker Riot Games has published its latest Annual Diversity and Inclusion Report, showing an increase in the number of women and minorities in management roles.

In 2020, women constituted 29 per cent of the company's leadership roles – a two per cent increase year-on-year – while the percentage of underrepresented minorities in management positions rose four per cent to 22 per cent.

Only 28 per cent of the new hires that Riot made in 2020 were women, a slight decrease on the 32 per cent from 2019, while underrepresented minorities were 14 per cent of new hires last year.

Overall, women make up 24 per cent of Riot's global workforce, a two per cent increase year-on-year.

"Since I joined Riot, I have never had to speak to the business case for Diversity and Inclusion," chief diversity officer Angela Roseboro (pictured) said.

"Instead we have focused on how we make sure that D&I is core to our culture and part of our DNA. This past year, we continued to build our foundation and created new programs that fostered diverse perspectives, optimized existing processes to drive towards greater equity and expanded platforms to continue to hold ourselves accountable for the direction of the company. While we are still early in our journey, I’m proud of what we’ve done so far and remain energized for what’s ahead.”

This transparency regarding diversity and inclusion at Riot comes in the wake of a damning expose regarding Riot's working culture at the end of 2018. Roseboro was hired as part of the response in the wake of this news.

The company was sued by 1,000 female members of staff who were part of a class-action lawsuit, resulting in a $10 million fine being placed against the games company. The state of California has since intervened, saying that this is not enough and that Riot should in fact be paying out something like $400 million.