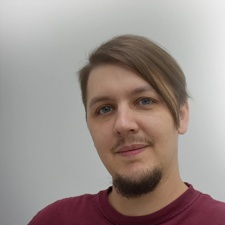 Killin joined the firm back in July having previously founded games industry consultancy service Balance Patch, which provided guidance on all things EDI. In the release announcing his hire, Sum said that is committed to addressing issues related to diversity, equality and inclusion.

“The industry has a long way to go, but in recent years we have seen major improvements thanks to the efforts of countless individuals, organisations and companies like Sumo Group,” Killin said. “Sumo has acknowledged and embraced its responsibilities as an industry leader and beacon for positive change, and I look forward to working with them on enacting that change.”

Sumo Group CEO Carl Cavers added: “Leon is a talented individual who has already played a significant role in the betterment of the games industry. Sumo recognises its responsibility to work towards meaningful and enduring diversity and to help drive widespread change through the industry – I’m looking forward to seeing how Leon will guide us on that journey.

“We’re delighted to have Leon on board and look forward to working with him as he leads our efforts.”