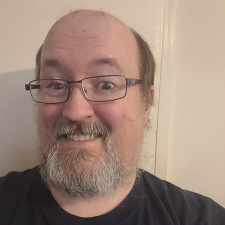 With more and more people playing video games, the question of diversity in our medium is an ever-present one. Historically, games have broadly been made with a singular audience in mind, likely driven by the make-up of the people developing them.

Diverse representation has become a core consideration within the games development community. The make-up of the talented folks building games, the evolving demographics of people enjoying games, or in-game representation itself - all play a key part in positively reflecting the way the industry provides entertainment and escapism for its communities in a sensitive and progressive way. With 2.69 billion people playing video games around the world, ensuring that the space is welcoming to every gender, race, sexual orientation, religion, ability and background is both socially and commercially important.

If you ask players or people that work in video games whether the industry as a whole has got it right when it comes to representation you would be hard-pressed to find anyone who can give you a definitive “yes”. Criticisms range from the industry moving in the right direction – but far too slowly – to current attempts to address under-representation amounting to tokenism. Then, of course, there is the unfortunate vocal minority that views any in-game character that isn’t straight, white and male as an example of “forced diversity”.

One area that is generally agreed upon is that greater diversity among developers leads to greater diversity in games. The drive to bring the games industry’s workforce more into line with the demographic makeup of the population has been widely publicised and indicates increasing momentum. UKIE’s first-ever UK Games Industry Census found that 21 per cent of games industry employees identified as LGBTQ+; that's a far higher proportion than the 2.7 per cent of the UK population that identified as lesbian, gay or bisexual, as of 2019. UKIE's survey also found that 10 per cent of all UK games workers were non-white, which is slightly higher than the national working population.

Even for an old game like RuneScape, positive changes are easy to make.

There is, however, still a significant way to go. 70 per cent of game workers in the UK are male and 28 per cent are female, while two per cent identify as non-binary. This falls well short of gender parity, or even the rough 60/40 male/female breakdown of the wider gaming audience. This gradually improving balance is leading to developers pushing even the biggest and most entrenched franchises in the direction of being more representative, so far with mixed success.

But this is where the “too slow” criticism comes to the fore. It is disappointing to many that video games have become a mature multi-billion-dollar industry, the most revenue-generating entertainment medium on the planet, but that it has remained tied to the sensibilities of a predominantly white male core of decision-makers. Long-standing living games, such as Jagex’s own RuneScape franchise, can often find themselves saddled with choices around representation that belong to a different age, and have to grapple with the question of whether to keep these elements or change them to bring them into line with the company’s current values.

This is something that Jagex has been navigating for two decades with RuneScape, which has almost 300 million registered accounts. Like many fantasy RPGs, it has offered huge potential for exploring complex issues while offering a safe playing space for marginalised groups. Unlike many games that have been operating for similar lengths of time, we’ve always built on top of what already exists in a way that forms an almost geological strata of RuneScape’s development. This has allowed us to constantly update the games to be more reflective of the diversity in our society.

These updates range from discrete changes to character names and quest instructions, to the greater freedom of rewriting history in a fantasy world. Jagex has worked to normalise gradual changes that have made RuneScape’s setting of Gielinor a world of which everyone feels part. This includes additions like the openly gay god Armadyl, Angof – a transgender elf – and the Valentine’s “Heart Stealer” quest, which focuses on a romance between two lesbian thieves.

I bring this up to highlight that even for an old game, positive changes are easy to make.

We’re far from the only game developer that has been pushing on diversity and inclusion. Jagex joined with EA, Facebook, Xbox, and King as a founding member of the #raisethegame initiative, an industry-wide diversity pledge from UKIE aimed at making video games more inclusive for minorities. More broadly we’ve seen some high-profile attempts to address the diversity shortfall in in-game representation. Recent runaway success Deathloop from Arkane Studios notably includes two black leading characters; Supergiant's multiple Game of the Year winner Hades features takes on the classic Greek gods that include a range of shades and personalities, and – of course – the main playable character in Naughty Dog's The Last of Us Part II was the openly gay Ellie.

It is disappointing to many that games have become a mature, multi-billion-dollar industry that it has remained tied to the sensibilities of a predominantly white male core of decision-makers

Despite this, even some of our smallest and most innocuous diversity and inclusion changes have been met with accusations of “pandering”. We strongly disagree with this view. Our aim is to make our games accessible to all, which means making sure that under-represented and under-served audiences are welcomed. From a commercial standpoint, this is also a no-brainer simply because greater inclusion means much more to a much wider range of people than those who take issue with them. Every time you include sexuality, gender, race or disability as an option with which people can identify, you're increasing your audience and you're increasing the reach of your game.

It’s often, not incorrectly, pointed out that significant misogyny, racism and homophobia have created an unwelcoming environment for women, non-white people, and those identifying as LGTBQ+ in the games industry. Nonetheless, these people have continued to join the wider games community. For example, women make up about 40 per cent of gamers worldwide. With the global number of people who play games approaching three billion, the idea that video games should still be built around the entrenched attitudes and representation from 20 years ago is woefully outdated.

Games belong to everybody and reflecting that both in the industry and in its games is the very least developers can do – to not only do right by underrepresented groups but to grow the games community as a whole.