INSIGHT: How to finance your indie games development studio - Part One 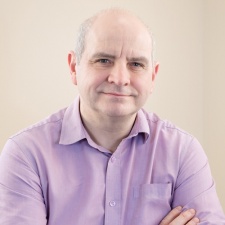 In this series, Philip Oliver addresses the serious issue of how to take your indie games development studio to the next level.

Philip Oliver is one of the Games Dragons, a new video games consultancy agency set up by the Oliver Twins who have over 35 years worth of experience in developing games and running games development companies. They published their first game in 1983 aged just 15 and went on to establish three companies, to employ over 600 people and to create over 160 games across all platforms, selling over 45 million units with a retail value in excess of £1.2bn.

Philip was awarded an Honorary Doctorate for Business Administration from Coventry University in 2008 and recently also became a visiting professor at Staffordshire University.

Running a small games studio has many challenges, with money usually being one of the most pressing. As Blackadder so brilliantly put it: “Some days I feel like a pelican, every way I turn there’s a great big bill in front of me.”

In order to keep doing what you love you’ve got to find ways to pay all those bills and it’s common to look for third-parties to help you do that. But there’s no such thing as free money so it’ll be crucial for you to assess the costs and benefits before you strike a deal.

In this first of a four-part series of articles, we’re going to look at the initial stages of that process - knowing where to look and how to establish if you’ve found the right partner.

Securing investment in any form is a long road with a lot of work along the way, but we’ll dig into the rest of it in future pieces. It’s unlikely to take less than three months, more likely around five to six months, so don’t expect this to solve a short-term cash flow crisis.

Getting ready for the money

Many developers try to self-finance everything, paying themselves nothing and building up debt in the hope they’ll hit the big time, simply because they have a great game. Sadly that rarely goes very far and most people can’t bootstrap themselves for very long.

If you’re seeking money from people who aren't close friends or family then you’ll need your studio to become a limited company. This is a fair amount of paperwork and carries some costs, but if you’re serious about this then it’s worth doing.

Once you’re incorporated you can think about the different sources of money. You can look into grants (head to your local council, enterprise partnerships and trade bodies), Small Enterprise Investment Scheme (EIS) investors, publishers or even crowdfunding, but beware that this is a lot harder than it used to be. You should also definitely apply for Video Game Tax Relief (VGTR) via the BFI too.

I’m not going to look at any of those methods of funding in detail in these articles because you can find plenty of advice out there on those already. Instead, I’m going to talk about partnering with either a publisher or a formal investor.

Largely speaking the difference between investors and publishers is that investors bring you money in return for a stake in your business (equity), whilst publishers tend to fund the production of a game to either own it or have some or all exclusive publishing rights to it in future.

A publisher is there for a one-game deal, more if the first goes well, whilst the investor is with you for the life of the business.

Investors will want your company to maximise its profits so that they eventually get back their investment, and more. They’ll often support you in bringing the game to market yourselves or through their publishing connections.

However, it’s never as black and white as that and there are many subtle but commercially important hybrid deals, but let’s not over-complicate this article.

Publishers, on the other hand, can bring specific skills that you probably don’t already have and which will be vital in getting your game out there. They’ll often support with marketing and PR, QA, localisation and more.

Please note that any money you get is to make the game, not for you to get rich! That only happens a long way down the road if the game is very successful and you got the deal right. So budget carefully and seek the money you actually need to develop the game and, in the case of an investment, to take you through promotion, marketing and to the point where you comfortably forecast the monthly income to be being greater than monthly expenditure ('burn rate').

A publisher is there for a one-game deal, more if the first goes well, whilst the investor is with you for the life of the business and this has many benefits, but does come with a cost of losing an element of freedom.

There is no right or wrong answer but the important thing is to go into business with people you connect with and who you feel you can work with for the duration.

Seeing your game through their eyes

Investing in video games is a risky business and unless they can see a significant return on their investment it’s really not worth their time or money. Investors and publishers are not there to help you realise your dream, they’re there to make a profit.

The two big risks they’re taking are that you will actually deliver what you’re promising and that there are enough people likely to be interested in what you produce and will pay for it. It’s your job to convince them you can mitigate both those things, so it’s vital to put yourself in their shoes and consider all the things that they’re going to need reassurance and information about.

What are you selling?

It seems obvious but it’s important to know what you’re actually trying to sell. Chances are that you’re making an original game, but be aware that (certainly with some publishers) you may be offered other work instead. Be clear about what you want but be open to other opportunities because you never know where they might take you.

In our long history of making games we’ve had many producers sent in from publishers - these are industry professionals, they have opinions, and you’d better listen to them.

You also need to be clear about exactly what you want the money for. Are you happy to focus on developing the game but want to supplement that with publishing skills and experience? Or are you confident that you know how to handle all the other stuff and can demonstrate this to a potential investor?

Whose game is it anyway?

Whatever you decide, if you are successful, life will change and so will the game. Whoever funds the production will want to call the shots and have the final say.

In our long history of making games we’ve had many producers sent in from publishers - these are industry professionals, they have opinions, and you’d better listen to them. You’re not always going to agree with them but you need to work with them or the money will dry up pretty quickly! It’s their job to ensure they get the best game for the money they’re investing and their experience can really help.

Now, we’ve had some great producers and some not so great over the years. We’ve agreed with many of their suggestions, and constructively debated the merits of some of the others! In some cases, we’ve had to accept their opinions over-rule ours since they were the paymasters, even though it could be frustrating.

That’s not to say that you can’t robustly defend your case, but it all comes back to my advice near the start of this article – choose to work with people you connect with and who share and understand your passion and vision. You’re much more likely to have plain sailing if you do.

After all, an investor or publisher will be helping you to realise at least part of your dream, so even if you have to make some compromises along the way, you shouldn’t necessarily see that as a bad thing. With their support, and their money, your chance of success will be a whole lot greater.

Once you’ve considered all of this, you’re going to need to make sure you can put together a killer pitch. In the next article, I’ll share my top tips on how to do just that.

This article is part of the Mobile Games University course on financing your games studio.

At Pocket Gamer Connects Seattle 2019 on May 13th to 14th, you can get the chance to meet with publishers through our SpeedMatch service, or with investors through Investor Connector. Head to the PGC website for details.

Seeking a job in the games industry - part one: The application process