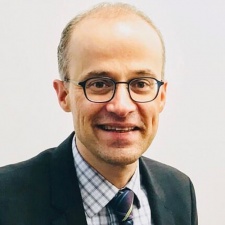 According to an 8K SEC filing, 68 per cent of shareholders – or a whopping 170.9m people – voted against the firm's proposed plan for executive pay at EA's annual meeting on August 6th. This is the largest opposition the company has faced on the topic to date.

The news was brought to our attention by CtW Investment Group, which has been waging a campaign against excessive executive compensation in the games space recently. The firm recently took Activision Blizzard to task for "unnecessarily enriching" CEO Robert Kotick, before bringing shareholders' attention to the overlapping awards that some EA execs are receiving.

Following its letter to Activision Blizzard investors, 43.2 per cent of shareholders voted against the company's payment proposals. That's not as large a portion as the smackdown EA just received, but given that the average shareholder support for a Standards & Poors (S&P) 500 company's pay proposal is around 90 per cent, this was a huge moment.

“This vote is a clarion call for the board to stop piling awards on top of awards for top executives and make sure that the company develops a pay philosophy that is focused on talent development and retention throughout all levels of the company.”