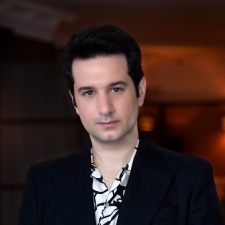 New publishing outfit Kepler Interactive has managed to raise $120 million in its first financing round.

As reported by Reuters, this money has come from Chinese games giant NetEase.

In a post on its website, Kepler explained that it has been formed with seven founding members; A44, Alpha Channel, Awaceb, Ebb Software, Shapefarm, Slocpa and Timberline. Kepler says that these studios are co-owners in the overall company, giving them greater control over their destiny.

Kepler boasts operational hubs in London and Singapore. The firm was set up by the founders of games fund Kowloon Nights, including CEO Alexis Garavaryan (pictured).

"When we founded Kowloon Nights, our goal was to support the next generation of independent developers," Garavaryan said.

"The evolution of that work is now Kepler, which takes the developer‑first approach a major leap forward in terms of scale and empowerment."