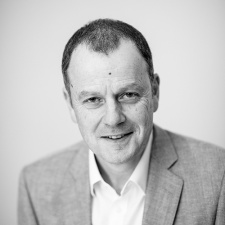 Founded back in 1997, UK-based Contact Sales has long been one of the go-to places for simulation titles, via its distribution business and the Excalibur publishing label that was launched in 2003. But the market is changing. Where now the company is making over 60 per cent of its money from physical, there is is a shift underway.

How was the last year for Contact Sales and Excalibur?

For the last three years we have been steadily growing year on year. Last year saw our turnover increase by 10 per cent, with some very exciting new releases.

Historically, Excalibur has been one of the big names in the simulation business. When I spoke to your former marketing boss Richard Barclay in 2015, he suggested that the company was cutting back on sims as the market was drying up. What portion of your business today is focused on simulation games?

“One of the big names in the simulation business “ - thanks, but I think you flatter us. We have increased the breadth of our titles over the last few years to encompass management as well as simulation. From a digital perspective, management and simulation now represent 90 per cent of our income.

Under the Contact Sales boxed distribution umbrella we are fortunate enough to physically distribute high-quality simulations titles from Aerosoft, Dovetail Games and SCS, plus well-respected Flight Sim peripherals from CH Products and the excellent Rail Driver Train Cab controller from PI Engineering. On the management side we physically distribute titles from Evil Twin Artworks (Victory at Sea series), Twice Circled (Megaquarium), and 1C (Ancestors Legacy and the Men of War series).

How would you assess the state of the simulation market right now?

A few years ago there was an influx of simulation titles. That rapidly changed, and those who had released titles that didn’t work for them quickly moved out and into a different genre. Over the last 12 months, simulations have returned to normal and become a very steady and stable market.

In the past, I’ve heard anecdotally that simulation games boast huge attach rates between the initial game and expansions, resulting in the individual members of what is a rather niche community being insanely valuable. Can you give me some indication as to the average attach rate for your games, as well as an idea about revenue per customer?

All these core titles have a very high install base of dedicated and loyal fans. They eagerly search for expansions that enhance the experience of the core simulation.

We undertook some research about 10 years ago, when physical boxed product was the only way to buy these add-ons and found that for every copy of Flight Sim sold, there was an additional sale of two add-ons.

But the market is different now, as the majority of these fans buy download. I don’t have access to all the data, but my feeling is that the attach rate is now closer to 20 per cent-to-30 per cent. This is more of a gut feeling, as I can’t really give you the right answer to your question.

Given that a large portion of the simulation audience isn’t traditional ‘gamers’, how do you reach them? Has this changed at all over the last few years?

Our typical players tend to be under 14 and over 40. The emails and calls into our support line bears this demographic out. This simulation age group are not always so interested in following on social channels. So we reach this category via marketing into vertical markets, and keeping our extensive current consumer database regularly updated with information.

Similarly, I’d be curious to know what portion of your sales are physical these days - again, anecdotally, but I’ve heard that simulation titles have traditionally been rather successful at physical retail.

Since Contact Sales was started nearly 23 years ago, physical sales have been the backbone of the business. Boxed sales continue to be strong and currently, represent over 60 per cent of our total business. But the means to deliver software to the consumer, just like the music and video markets, is changing exponentially.

By the end of this year, I would expect 40 per cent of sales to be boxed, and 60 per cent to be digital.

At the end of 2015, Excalibur moved into the indie games market as a publisher. How has this move gone would you say?

We actively went out and built relationships with smaller dev teams. We quickly discovered that there are many talented teams out there who required commercial, distribution, PR and marketing support.

Excalibur Games were able to provide this, and now work with 9 teams, so I suppose this move has gone well. I am certainly very pleased.

What sort of games are you looking to work with right now - both indie and otherwise?

We pride ourselves with working with small indie teams of emerging talent. But they must be developing simulation or management games, otherwise, we are unlikely to be interested in what they have to offer.

We are currently finishing plans for our 2019-to-2020 releases. This will see us take new and existing simulation and management titles onto PC, Xbox One, Nintendo Switch and PS4. If all goes according to plan this will deliver a 30 per cent increase in our business - not bad for a small, dedicated 10-person team.