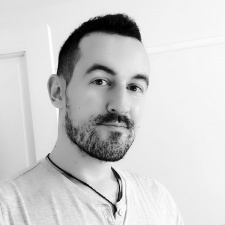 One of the more quietly popular trends in gaming has had players swapping out swords for shovels.

Games like Chucklefish’ Stardew Valley proved that for some, the goal of having a stable job, home and community is a more aspirational and unrealistic fantasy than slaying dragons

“It was a realisation of how ripe the elements of running a post office were for conversion into gameplay, and a secondary realisation was that nobody had actually done it before,” Knoxx says, explaining the pitch behind Willowbrooke Post.

“It’s a game primarily about social interaction and the consequences that occur from that. It was something I wanted to explore, but also engineer other familiar aspects of RPGs into the post office management motif.”

Knoxx explains how hopes the game will achieve these vibes, pulling on basic mechanics like resource management, maintaining stamina and buffs/debuffs to reflect minor quirks of postal work - from getting paper cuts to leaking packages in stock.

But before all that, he describes the game’s tone as a core foundation to build on as the game enters Steam Early Access. The audience hungry for these kinds of games are likely more keen on immediately grasping that comfortable mood than any new feature or balance chance.

“The one thing I absolutely had nail from day zero, was the atmosphere," he says.

"It had to be cosy. It had to be somewhere the player wouldn’t mind spending hours and hours walking around and exploring, and I think I’ve achieved that.”

Much like fellow Excalibur-published indie Gus Martin, it was a chance encounter on social media that brought Knoxx into the publisher’s spotlight - and eventually, into its catalogue.

“I’m not sure what it was that I posted up on Twitter, but that was where it started to snowball from. I was contacted by an Excalibur representative and was invited down to the Oxfordshire offices for a chat about the game and what it was that I wanted to achieve.”

And like Martin’s Resort Boss: Golf, Willowbrooke Post will begin life in Steam Early Access. Knoxx realises this puts him on a long road of public bug fixes, but he feels the power of releasing this way is in giving him and the community the chance to form the game together.

“There will be the odd issue, there will be the odd bug, there will probably be times where the player will accidentally become an in-game millionaire by eating an apple, but I think that’s the thing about Early Access; it’s not just about launching the game in a preview state that you’re happy with, it's allowing the community to explore it together.”

Even prior to handing over the keys to the public, however, Knoxx has found scope and direction a dangerous pillar to keep an eye on.

“Your mind will constantly keep throwing ideas at you once you find a concept that is ripe for expansion! I started with a tiny game about running your parents’ post office and stamping post; which has now blown up to include a working computer with desktop interface, a cooking system and even some spooky mysteries surrounding the building itself.”

We closed out our interview by asking Knoxx for his view on the state of the ever-changing PC storefront scene. Willowbrooke Post may be his biggest project so far, but Knoxx has previously released on both Steam and Xbox.

He elaborates: “As a developer, they’re invaluable, obviously. We need to achieve the maximum amount of player awareness if we want our titles to reach their full potential. Storefronts help with that, but also you can’t 100% rely upon hitting that upload button and sitting back and relaxing while you wait for the gold coins to roll in.”

Knoxx echoes what many indies are saying these days - where stores can’t be relied on, marketing is key. It’s impossible to rely on the value of existing on a platform like Steam to be enough to excite buyers, not with the mass of releases on that store these days.

“Marketing is everything for a game," he says.

"You live and die by it. Sometimes this can be achieved by word-of-mouth, such as a strong YouTube presence or if something starts to trend on social media. Even on a storefront such as Steam, where titles can be discovered thanks to highly positive review scores by users.”