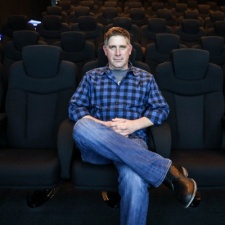 Today, developer relations manager Andy Vaughan from audio specialists Dolby Digital shares his thoughts about how to get into the games industry as well as the impact and staying power of the battle royale genre

Dolby creates audio, video and voice technologies that transform entertainment and communications at the cinema, at home and at work.

I work with game developers of all stripes to help them get up to speed with the newest and most immersive audio formats available. I help advise on studio setup, software pipelines, and mixing strategies while also bringing Dolby’s other groups such as marketing, studio services and engineering to the table to support development, launch and post-launch activities.

Game developers are an interesting breed. They’re very smart, sharp, resourceful and creative. At the end of the day, game developers seem to pull off minor miracles routinely by shipping incredibly engaging content and making it look easy. It’s inspiring to work with people who are so driven to create new experiences, to the very best of their abilities -- every time. More importantly, I’m an abysmal gamer, so this gives me a chance to be involved without having any actual game-play skill.

Don’t work in isolation. Nobody knows everything, so having that conversation with the grumpy coder in the other cube might just change your perspective, and get you past the problem/challenge of the day. Also, don’t be afraid to experiment and break things. The best way to learn is to be fearless with your experimentation. Do not let the fear of breaking something stop you…just make a backup before you go all “Juggernaut” on a team project. Wear sunscreen and make backups.

That battle royale genre seems to be here to stay, and I think it’s been interesting to see game developers adapt to that. It’s also exciting to see so many gamers completely entranced with the new game genre, and it will be interesting to see it evolve over the next 12 months.

My predictions are awful. I predicted Twitter would never get off the ground. Still, in the cacophony that is battle royale, the narrative seems to have taken a back seat. I don’t think game developers are done with storytelling, and I think the coming year will show that there is still a massive appetite for a good story that is expertly crafted. While any good game title grabs your focus and keep you immersed, I think core storytelling is going to make a comeback in a way that competes with or complements the battle royale mania that we’re currently enjoying.

Indies seem to be bringing a lot more polish to their games in the last 5 years, and as a result, we’re seeing the gap between independent developers and triple-A studios narrow. There will always be the triple-A segment, but the ranks of up-and-comers have learned a lot from those who came before, and are bringing much more evolved titles to market that have started to blur the lines.

I always look forward to the Indie Pitch. Every time I get to go to an independent game developer showoff/showdown, I always find at least one game that is attempting to tell a story in a way nobody has before.