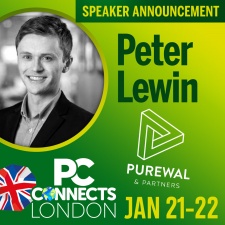 Today, Peter Lewin from law firm Purewal and Partners shares his thoughts on the last twelve months and the coming year for the video games industry.

Purewal & Partners is a digital entertainment law firm and business consultancy in London specialising in games, esports and digital broadcast. We provide the full range of legal and business support, specialising in commercial contracts negotiation, intellectual property, regulatory and dispute resolution matters. We pride ourselves on our industry knowledge, commitment and long-term thinking. We provide real advice, no jargon, no waffle and no fence sitting.

A large part of my job involves reviewing and negotiating commercial deals (e.g. development, publishing and licensing agreements), which I love because it involves thinking about things from a business perspective as well as a legal one in order to arrive at a deal that actually works for the particular client. It also requires truly getting to know a client, which I think is crucial to being a trusted advisor. I also regularly advise on a variety of intellectual property, licensing, regulatory, gambling and general commercial matters for both start-ups and established studios. Some of my work highlights to-date include advising on several multi-million dollar game publishing deals (dev side), negotiating and papering several of the largest esports player transfers to-date, assisting a client with its international rebranding and trademark execution strategy and helping multiple clients expand into China and navigate the complex local regulatory landscape.

Gaming is one of the things in my life that I’ve simply never lost interest in, despite having put so much time into it. Even though I've been playing games for more than 20 years now, I regularly pick up new games that make me go wow, I’ve never played something quite like that before. Playing a small part in the creation of these games is really exciting.

Be passionate, persistent and ready to take action when an opportunity presents itself.

There's certainly been a lot going on in the last year, whether that's the emergence of new game genres like battle royale, increasing regulatory attention towards monetisation models such as loot boxes and publishers launching their own game stores (e.g. Discord, Epic). And I think that's one of the things that makes this industry so exciting to work in - the unpredictability of how and where it will grow next.

Increased Steam competition. The battle royale genre will continue to grow. China will (hopefully) start to slowly re-open its doors to new foreign and domestic games. Loot box discussions are going to come to a head (somehow).

The concept of games as a service has expanded greatly. More and more games are becoming living products that are iterated upon and expanded for years, which has a bunch of interesting implications for both studio structuring, deals negotiation and the importance of commercial relationships.

The fantastic people and other presentations