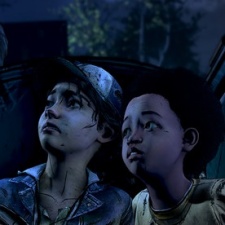 Telltale Games has begun liquidation proceedings and will soon shut down for good.

The developer laid off the vast majority of its 250 employees back in September during a dramatic collapse, leaving the fate of the final season of The Walking Dead in question. Initially, it appeared the company was keeping a “skeleton crew” on to finish outstanding projects.

Officially Telltale has filed assignment proceedings, described as a form of closing a company outside of bankruptcy, where potential claims can be made against the company’s assets.

All assets - ranging from physical goods and furniture to trademarks, copyrights, software, and source code - have been put up for sale. It’s currently unknown what Telltale received in return for turning the assigning to Sherwood.

A number of the studio's titles have been removed from Steam, including Back to the Future and Tales of Monkey Island. More recent series’ like Tales from the Borderlands and Minecraft: Story Mode remain on sale for now.

A source told Games Daily that COBRA - state-mandated post-employment healthcare - runs out for former employees at the end of this month.

Company supported healthcare already ended for former Telltale staff after the mass redundancies. COBRA tends to last up to 18 months, but this additional hit leaves many potentially stranded for health coverage.

Telltale’s collapse was apparently caused by the sudden withdrawal of high-profile investment. The mass dismissal resulted in the company facing a class-action lawsuit for breaching state and federal labour laws.