What does Brexit mean for the UK games industry? 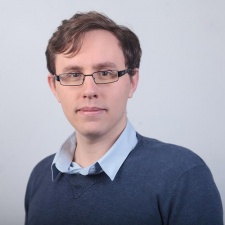 The biggest issue facing the UK games industry - and the country in general - right now is Brexit. Regardless of how the United Kingdom exits the European Union, there is going to be a massive impact on the region's games business.

The end of the free movement of people, for example, is likely to cause hiring issues for the UK, whose development sector is somewhat dependant on foreign labour due to historic shortcomings in the country's education system.

George Osborn from pro-European video games industry pressure group Games4EU tells us more about the potential impact of Brexit and what UK games companies can do to prepare for this political shift.

What will the impact of the UK leaving the EU be on the games industry?

It’s hard to forecast the precise impact of Brexit on the video games industry at this moment in time.

For the most part, the reason for this is the volatility within the political environment. While it looks as if the Prime Minister has seen off a no-confidence motion - for now - we’re still not sure if the withdrawal agreement she has agreed will get through parliament at all or – at the very least – unamended.

However, the likely impact of Brexit on the UK video games industry will be a negative one. In comparison to many sectors, the video games business in this country is already a global one. Reducing access to European markets and imposing artificial barriers for hiring from within the EU by ending freedom of movement will cost businesses, with increasing levels of red tape also likely to hit the sector.

What are the main challenges created by Brexit for the UK games industry?

In the Games4EU Brexit guide, our policy team – headed up by Jas Purewal – identified six major challenges for the sector in the case of a hard or no deal Brexit scenario.

The first is increased uncertainty for businesses, which leads to elevated bureaucracy and costs – especially if a data adequacy deal was not secured. The second would be increased costs for products and services, with the possibilities of some services like Amazon Prime falling apart in a no deal scenario. Additionally, individuals could see their rights curtailed or affected – ranging from loss of consumer rights to losing the ability to easily work in either territory. And this could lead to cultural diminishment for the sector, discouraging international companies and talent from settling here and pushing affected businesses to relocate to the EU.

To give the government some credit, the withdrawal agreement and transition deal could – at least – provide some short-term security for businesses by giving them a period of grace while the country prepares to leave. But with the future political declaration currently not setting a clear destination for the country and years of negotiation ahead, there’s a real risk that the appearance that the transition deal is a “safe harbour” could prove false.

Are there any advantages to the UK leaving the EU for the games industry? For example, the Video Game Tax Relief (VGTR) we have now was approved by the EU as State Aid - so theoretically we might be able to offer a more 'competitive' tax relief post-Brexit.

There could, theoretically, be some minor advantages to Brexit. VGTR could potentially be extended and the government’s rhetoric of “Global Britain” may allow the doors to be opened to more talent from around the world.

However, there are two compelling reasons why potential benefits such as these are unlikely to materialise.

First, in the case of VGTR, there would have to be enough political appetite and attention to expand it further.

If, as predicted by the Department for Exiting the European Union, that leaving the EU will hit GDP and the public finances, it’s reasonable to ask whether expanding finance for video game tax relief would be top of the list of priorities ahead of, say, delivering extra funding to the NHS. This is even without considering whether a government, whose domestic agenda has practically been frozen since June 2016, would have the administrative head space to enact legislation when it is attempting to negotiate a free trade deal in under two years.

Second, and specifically in reference to talent, it is clear that the government’s global rhetoric doesn’t apply when it comes to hiring. Although there are warm words for highly skilled workers, the government’s arbitrary pledge to reduce net migration to the “tens of thousands” combined with efforts to restrict Tier 2 visa’s to employees earning more than £30,000 suggests that there is a disconnect in its rhetoric.

And with Ukie’s State of Play report in 2017 suggesting that the majority of EU workers currently operating in the industry are earning under that cap, it’s reasonable to wonder whether the government’s immigration policy really does support the skilled workers it claims to.

At this late stage in the Brexit 'process', what can the games industry do to try and ensure a deal that is positive for this business?

The most important thing the industry can do is to speak out publicly about the problems they’re facing.

We were able to send a letter to over 220 constituency MPs with signatures from 1300 individuals and 120 businesses calling for a People’s Vote earlier this month because people did speak out. And I know from my discussions with politicians and other pressure groups that the industry stories can be heard, so long as they’re told.

But even if you don’t want to speak out publicly, make sure your voice is heard privately. If you’re concerned about Brexit, you must write to your MP – or visit a constituency surgery - in an effort to change their mind.

Much of what comes next in Brexit will be decided in the forthcoming meaningful vote in Parliament. Convincing MPs to change their mind or stick to their guns could make a big difference and the easiest way to do that is to make them worry that they’re losing support in their constituency.

What is the best case scenario for the UK games industry when it comes to the various Brexit deals that have been suggested?

I still believe that the best Brexit deal on the table is the one we currently have. No deal would be a disaster. The government’s future Brexit deal is – at the time of writing – still desperately unclear. Even the transition – which would approximate to a soft Brexit – is worse than our current deal, as it will see the UK ejected from the decision making structures – turning us from a rule maker into a rule taker.

It is my opinion that the best solution to Brexit for the video games industry in the UK is a People’s Vote followed by a vote to remain. And as it stands, that is more likely than us leaving without a deal.

What does the current deal - which it seems is likely not going to get through the House of Commons - represent for the games industry?

I think if you look at the withdrawal agreement you have to acknowledge that it isn’t a completely terrible outcome for the sector. I think it wouldn’t be right to call it a terrible deal as some have, especially when it could offer some valuable short-term security for businesses.

But at the same time, we must compare it to what went before it. The PM’s deal is not as good as remaining within the European Union. And it is certainly nowhere near as good as anything that the Leave campaign promised in June 2016 or in the build up the article 50 notification.

In short, it represents an unsatisfying compromise for an industry that has avidly – and actively – supported membership of the European Union since the referendum. This means that we should still be campaigning against it while we still can.

How can games companies prepare for Brexit?

Well, reading our guide is a starting point. While Games4EU is - naturally - pro European, the document is intended to provide accurate, informative and balanced advice for the sector about potential Brexit permutations.

However, I’d also recommend keeping one eye on the political situation. It is in such flux that we could have anything ranging from no deal to no Brexit to May’s deal coming into force in March 2019 next year, depending on how the meaningful vote plays out. So you do need to watch what’s going on in the Commons, unfortunately.

I’d recommend taking further time to understand the potential legal implications of Brexit. For businesses, that’ll likely mean speaking to a lawyer. And for individuals affected by Brexit, I’d recommend looking at the Citizens Advice Bureau for tips on how to prepare for the post-March 2019 period.

Finally, I’d repeat my call to prepare for Brexit by preparing to stop it. Speak to your MP, write to your MP or take time to support campaign groups like ours, the People’s Vote and Best for Britain while you can.

The UK's exit from the EU is just one of the topics that will be discussed at PC Connects London 2019. Tickets are available to buy right here. One ticket gives you access to not just this event, but also Pocket Gamer Connects and Blockchain Gamer Connects.

India and Africa are the next big opportunities after Asia, Take-Two's Zelnick says

UKIE's Twist: "The UK games industry is one to be proud of despite the current challenges facing it"