Faeria’s Jean-Michel Vilain: “In a lot of ways we felt like we were breaking new ground” 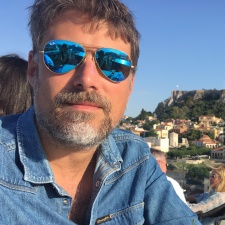 Digital collectable card game Faeria carved out a nice space for itself in a popular market. With over one million downloads and a Metacritic score of 80, the 2017 title was performing comfortably enough.

But on July 18th, Belgian developer Abrakam made an unprecedented decision to turn its free-to-play card game into a premium, paid product. For a one-off cost of $24.99, players could get their hands on every card in the game. No microtransactions - a level playing field for all.

We spoke to Abrakan COO Jean-Michel Vilain to ask why his company took the high-risk decision to put a price tag on Faeria.

What sparked the decision to move away from the free-to-play model?

We needed to go back to our roots.

Originally, Faeria was designed as a one-time purchase, all the way back in 2010 when we first launched the development of the project. We moved away from that model in order to step more in line with the new wave of digital collectable card game (CCG) and to make the payment model more mobile friendly. In short, we experimented with it and were not happy with the results. It's a classic lesson you hear a lot that we learned the hard way: stay true to yourself and what you believe in.

What are the biggest challenges involved in moving an existing community from a free product to an up-front paid one?

Moving from free-to-play to premium is a not a move we've seen anywhere else before. In a lot of ways, we felt like we were breaking new ground.

It's problematic for many reasons. Your transition has to satisfy all of your players, from someone who hasn't spent a dime in the game to someone who spent a few hundred bucks. The new economy and currencies required a lot of care to make sure everyone would be compensated appropriately. We spent a lot of time analyzing it from many different angles to make sure just about every possible player type could appreciate the change.

As an example, we gave the new premium DLC for free to all players who have spent $40-plus throughout the history of the game. We worked very hard to express how thankful we were for those who supported us and love the product we made. We were worried we would lose the trust of many of our players, but overall we think the transition was received mostly positively.

You can't help but anger some folks. Their perspectives are understandable to us, but we did the best we could and approached it with an extreme mindfulness of our current players.

What are the most notable differences you’ve found in developing a premium product, compared to developing a free-to-play product?

Making sure we're delivering an innovative and stunning card game full of memorable moments is now our full-time job.

When you ask players to pay money up-front for something they haven't fully experienced, it's very important that every piece of it is compelling and delivers exactly what you promise. We have put in a lot of work for this transition and the new DLC. We were sure to include a lot of polish and features that our players never expected. It was worth it in the end.

Many of the biggest names in the CCG space these days are free at the point of entry. In what ways do you see a premium product convincing players to make the switch and put money down?

Who really enjoys the choice between having to grind for countless hours or having to pay for only a few random cards?

Faeria is now the only PvP card game that, once purchased, won't demand you to grind endlessly or pay for more boosters. You get access to all the all the fun, really fast. You don't get the entire collection of 350 cards instantly, of course, but in approximately 50 hours of play or less. All the while you are gaining cards very quickly as you learn the game and experiment with new decks and play-styles.

We believe the reasons why most CCGs are free-to-play are mostly historical. Magic: the Gathering has literally invented the micro-transaction based model in the world of gaming, and it never really got questioned often enough. A digital CCG has every opportunity to change that.

How has the CCG market changed since you started development on Faeria?

We started back in 2010 when Magic Online was the only real example at the time.

For all those years of development, it felt really special to be making an online card game, especially augmented with a unique living board. We were an indie team of three people and were afraid of nothing.

And then, against all our expectations, Blizzard suddenly announced their own digital card game right before our Kickstarter page went live.

At first, we didn't really understand what the impact would be. What Hearthstone ended up doing to the card game genre was actually similar to what World of Warcraft did for MMOs: it set a standard for online card games. The pacing, the smoothness, the explosivity, the game and turn duration, but also the user experience and the business model.

An incredible amount of digital card games have followed, something we would never have believed when we first started. The variety of card games is huge now. We've been blown away by the wave of innovation coming to the genre. It truly has been a renaissance of sorts that we could never have predicted.

I don't believe this is due to Hearthstone alone, however. A lot of kids grew up playing games like Magic: the Gathering and Yu-Gi-Oh, and are now at an age where they can unleash their creativity and develop games for their favourite genre. It was probably inevitable in the end, but Hearthstone certainly accelerated the landscape.

What are the next steps for Faeria?

We're committing to a release schedule of new monthly content, which is a lot of work but also very exciting.

We now have a DLC of 40 cards to release in waves every two months. The next one is to be expected to release toward the end of September.

On top of that, we're also yielding to some of our community's most requested content: More Puzzles. We plan to release a DLC of puzzles somewhere during September or October.

In short: A lot of new stuff, very often, with the highest level of quality and care that we can deliver.