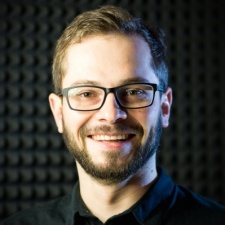 With 1.4 million sales under its belt, Frostpunk shows no signs of stopping.

11 Bit Studios’ frozen city-builder is no stranger to sales landmarks, earning its first quarter-of-a-million within 66 hours. And publishing director Pawel Feldman (pictured) says that the glacial city-builder is about to hit another milestone.

“We're actually a step away from crossing 1.5m milestone,” he says.

“In the digital era a successful game can have a very long tail and that's what we're seeing with Frostpunk.

“It's still a young game and had its first anniversary a few weeks ago. Six solid updates have been added to the game largely expanding the entire product and from a gamer's perspective - the experience and its replay value.”

Frostpunk’s enduring success and long tail has proven value in 11 Bit's position outside of blockbuster games. The developer has found a niche in the grim, “provocative” line trodden by both Frostpunk and break-out hit This War of Mine.

“We've clearly defined our way for the future after This War of Mine," Feldman says.

"We've established our philosophy of creation to lead us to embrace meaningful entertainment. Games that make you think even after you stop playing them."

While it’s nice that 11 Bit’s games are profitable, the studio says it’s important to create titles that leave players with nagging questions once the credits roll.

“Think of mainstream as Hollywood movies and of our games like the movies you can see on Sundance Festival," Feldman says. "They're top quality like Hollywood but they're supposed to not only entertain you but also leave with afterthoughts.”

Frostpunk’s success also came in large part to a production that let the team take its time on nailing down the game design.

“From a business perspective, we could afford numerous iterations to make sure the game is incredibly polished and offers top-notch gameplay, and more importantly - we've learned how to work with our community and how to market such an original title.”

It wasn't perfect. Feldman reflects that getting the game's complicated systems to play together was more problematic than expected. And while 11 Bit aims to avoid crunch, wrangling the game over the finish line

“Frostpunk's guts were made of quite complicated systems that were working great separately but not quite smooth when integrated into one. The challenge was to merge all the gameplay systems into one, coherent and clear for gamers.

"We've also stumbled into crunch at the end what usually does not happen at 11 Bit."

Marketing also proved a learning experience for Feldman. While he claims "long campaigns are great if you have enough resources to support them," managing those resources to maintain momentum can be a difficult balancing act for any game.

"The challenge was to keep the campaign intense and build the momentum till the end of it, despite the delays that we had," he says.

"We invested more resources and manpower into the campaign to raise the hype despite the delays, but we knew that if we make it right the long campaign can make the game perform even better eventually."

Besides Frostpunk, Feldman also shouted out the experience gained with Moonlight - a title developed by Digital Sun and published under the 11 Bit brand. Feldman is excited for the studio to become more than a one-project developer.

"Five weeks after the launch of Frostpunk, we've released Moonlighter simultaneously on Xbox, PlayStation 4 and PC," he says.

"The publishing team had to learn how to run few projects simultaneously and keep an equal focus on each of them. We don’t and won’t love our internally developed games more than we love games made by the partner companies working with us.

"Frostpunk proved that we can deliver games that are true to the philosophy of creating meaningful entertainment. We’ve defined it and learned how to bring it to life."

"We know now how to build up success upon the constant, two-way communication with the community and their awareness of what we do, not only in the context of Frostpunk but also Moonlighter and beyond."

There's plenty of future in Frostpunk yet. The base game is coming to PS4 and Xbox one this summer, with DLC planned for release on all platforms a little later. 11 bit has a few new titles in the works, including the elusively-named Project 8.

"The idea that drives the company and the publishing division brought to us a few fantastic new projects but it's definitely too early to unveil any details about them," Feldman concludes.

"The company is in great financial state, so yes - the future is bright."