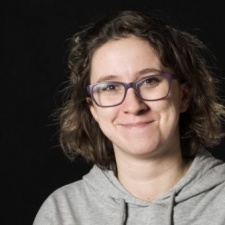 While 11 Bit had experience with hard-hitter This War Of Mine, replicating that experience on a larger scale proved a tougher challenge.

“We wanted Frostpunk to be the same,” said Fijak.

“We thought very strongly about what human values we wanted to play in this game.”

In early prototypes, the team first tried to create a strong connection to each individual citizen, with abrupt pauses when one died. A second prototype brought the game closer to its destination, with pre-written plot threads that could be acted upon by the player

Unfortunately, at this point the two sides didn’t mesh: “There was a city-builder game and a choose-your-own-adventure game, and from the player perspective they were two separate games,” explained Fijak.

The real weight of Frostpunk, Fijak said, came with what she calls post-playthrough reflection. In early prototypes, 11 Bit looked at creating empathy in-the-moment - making situations that immediately resonated with players.

She added: “Empathising with 500 people is hard. In the endgame, there are 700 and you don’t know 700 people, you don’t care, those are just numbers.”

Through longer-term consequences, and the controversial addition of ending slides, 11 Bit capitalised on the idea of having players look at the big picture - emphasised by audience members raising questions after the talk asking why they had their moral standing questioned in the post-game crawl in spite of their upstanding actions.

“We started to hear a discussion between playtesters - was that really moral, would I have done this in real life? Is there a good answer to that question?" said Fijak. "They started to analyse, and they started to have that reflective loop.”

That the game took a judgemental stance on player actions helped add weight - but resulted in some odd cultural side-effects.

“That commentary was problematic because if you were playing in a certain way, we asked if that was worth it," stated Fijak.

“For us, in our culture, it was a good point to put that question down,” said Fijak, accompanied by a slide explaining that Chinese players actually responded well to being let loose with running totalitarian regimes.

The team experimented over and over with layers of narrative - increasing then decreasing the amount of involvement these systems played over the city-builder structure.

“You would think that we were running in circles - but actually, in each iteration, the quality went further and further,” said Fijak.

“A lot of ideas don’t work at the start not because they’re bad, but because games are experienced as a whole and the rest of the game isn’t ready.”