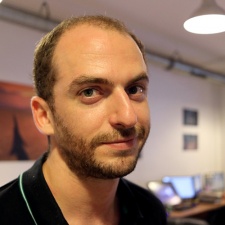 Fighting title Absolver hit shelves in August and right out of the gate the game was making a name for itself.

The project was publisher Devolver Digital’s biggest release to date, with 30,000 concurrent users at launch across both PC and PS4.

Since then, the title has shifted 250,000 copies. “It’s been a good start,” Pierre Tarno, creative director at developer Sloclap says.

He goes on to say that while he had no expectations when it comes to sales, the title’s performance will help the studio work on Absolver for a longer time.

“I honestly had no precise expectations in terms of copies sold; our objective was to do the best possible game we could, in the hope that it would sell enough to allow us to keep working on it after launch, and make the game better and better, with more content,” he explains.

“These early sales will allow us to do that, so that's great.”

These plans include new modes and changes to the experience that Sloclap is gleaning from the community via social media and Discord.

“We want to keep supporting the game for as long as possible,” Tarno says.

“Our immediate plans are for more PvP content: 1v1 private games, 3v3 game mode, spectator camera... We are also going to add in a "Prestige" system soon, which will allow players to get unique rewards when they invest themselves in the game. Inventory is also going to be reworked soon, with a system that will allow players to salvage their duplicate items, giving them resources that will allow them to dye and repair their equipment, reset their stats, acquire new loot and so on.

“Beyond this, we want to add new moves, new combat styles, and eventually we should also be adding new PvE content. The plans are not set in stone, and we are looking very closely at what the community is saying on forums, Reddit, discord and so on. in order to help us prioritise between the different features, we want to add to the game. Many free updates are planned in the weeks and months to come, and we certainly want to reward all the players who have supported us with plenty of additional content.”

The developer also believes that gamers seeking out different experiences might have played a part in the project’s success.

“I think it's really important, especially when you're an indie studio, to make games that stand out, both in gameplay and in art: core gamers are always looking for new and original gaming experiences,” Tarno says.

“Obviously Absolver has a pretty distinctive art style, making it immediately recognisable, but it also offers a gameplay experience that is unique, on a number of layers.

“The core gameplay, with the stances system and the different combat styles, is original and challenging, and importantly which feels good to play: it's really critical to have that satisfying feeling of impact when you are working on a martial arts combat game.

“The combat deck creation, in which players can create their own combat choreographies, is also a unique feature that players can really invest in. It makes each combat different and requires tactical thinking when creating your deck, and adaptability when fighting in real-time combat.

“Finally, Absolver isn't just about versus fighting: we wanted to make a game that was also about learning, teaching, and building relationships with other players. This was the main purpose of the city of Raslan, which is the main map of the game: we didn't create it as a place where a linear narrative would unfold, but rather as a setting in which new stories would emerge from player encounters.

“As a whole, this makes Absolver a pretty unique experience, which I think participated to its success”

He continues: “Absolver's success shows that even though it's a very competitive market, there is always room for original gaming experiences.”

But, the million-dollar question for the developer behind any competitive game is 'but do you see this being an eSport?'. Tarno says that it's for the community to decide.

"On our side, we are concerned with making a game that is deep, balanced, and which rewards player investment, with different layers to the mechanics that players learn to master over time," he explains.

Absolver is Devolver's biggest launch yet, concurrent player figure estimated to be 30k across PC and PS4