Absolver is Devolver's biggest launch yet, concurrent player figure estimated to be 30k across PC and PS4 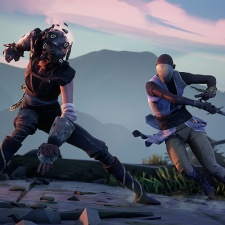 Update: A Devolver PR rep has confirmed to PCGamesInsider.biz that Absolver is the publisher's biggest launch to date:

"Devolver is super proud and honoured to be working with Sloclap on their ambitious first game, Absolver, which has been our biggest game launch ever, both in terms of revenue and concurrent users, and the size of our egos."

Furthermore, Devolver has revealed that between the PC and PlayStation 4 releases, Absolver reached an estimated 30,000 concurrent users at launch.

If SteamSpy data is correct, the title from French indie dev Sloclap has shifted in the region of 70,000 copies in its first few days, reaching a concurrent player count of almost 19,000 according to SteamCharts

What’s more – Devolver’s fictional CFO Fork Parker said on Twitter (below) that the game is the publisher’s biggest launch to date.

Given that the Fork Parker account spends half its time trolling the industry, we have reached out to Devolver PR to confirm whether this info is correct.

The only issue with Absolver's success is that the game’s servers are having a hard time, with the French developer publishing an update on its blog highlighting its work to ensure the release is stable.

“We are aware that some players are facing big lag issues, preventing them from enjoying the online experience in Absolver,” the firm wrote.

“We apologise for the rocky start, the team is working night and day to improve this. We have a couple of major fixes in the works, which should be deployed next week and should improve these issues. Thank you for your patience.”

Sloclap was chosen as one of the PCGamesInsider.biz Top 20 Developers to Watch at the start of August – and with good reason.