Inside Track: Localisation specialist LocalizeDirect is expanding its vocabulary 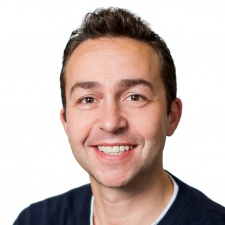 The best game design in the world means nothing if the player can't understand the words on the screen.

Localisation experts are often the unsung heroes of the industry. As games get larger and technology evolves faster and faster, the sector is facing new challenges and opportunities.

In this week's Inside Track, LocalizeDirect business development director Michael Souto fills us in on the localisation firm's recent successes, and how machine learning is changing the face of game translation.

PCGamesInsider: Tell us a little bit about what your company does.

Michael Souto: LocalizeDirect is a game localisation company. We've been in the business for a decade, and now provide translation, localisation QA and CMS services for the games development industry.

So far, we've helped over 450 gaming companies reach a global audience. LocalizeDirect is based in Sweden, England and Vietnam with a number of sales, localisation & QA managers working in all time zones.

How has the last year been for LocalizeDirect?

It’s been great! Business in all areas has been on the rise and we started providing LQA services. We have grown the sales and PM teams and added even more professional linguists to the translator pool. Did I mention that we have a large network of native speaking translators into 40-plus languages?

We also expanded our tech team in Vietnam and moved to a new larger office over there. Recently, we launched our new website with a new file translation delivery system as part of that re-launch.

We experienced strong revenue growth of 46 per cent in the past year and passed the 400 client mark. We’re very proud of that. We’ve worked (and continue to work) with lots of great studios including, WB Games, Bethesda, King, 505 games, Rebellion and many more.

Machine translation in game releases is one of the main challenges. I think that many devs see this as perfectly fine for testing their game, which is correct. There is however a section of the dev community that believe it’s totally okay to release with this text (which is not really correct).

It creates a challenge in the games market as a whole, as players can be put off by a machine-translated game.

They can then either not consider games unless developed in their language or just play in English (and probably not enjoy it as much if English proficiency is low). We surveyed our translators, and many mentioned that they would rather play a game in English than the poorly localised version.

Machine translation has indeed improved a lot over the years but it’s not there yet. I’m not sure if it will be for a very long time - the machines are still not able to play around the idioms, jokes and cultural references.

Experiments with Japanese-English Google translations only prove it. Probably at that point, robots will rule the earth and we’ll be batteries anyway.

There are a few worth highlighting:

Google Stadia is particularly exciting. It has the potential to bring high-end gaming to even more gamers across the globe, increasing the number of languages games are localised to.

The increasing velocity of games-as-a-service is an exciting trend. From a loc perspective, developers need to keep their players' interest by constantly tweaking and updating their game with new content based on player feedback. This adds new challenges to managing the content pipeline both internally and with external vendors. This is where LocalizeDirect can excel.

In game localisation, we see the increasing demand for localised content generally. Many devs and publishers are pushing into a greater number of territories. You still, of course, get the usual FIGS (French, Italian, German, Spanish) requests but now we’re seeing a far greater “global eye” realisation.

Where English proficiency is low you need to get your game into that language if you want to see sales increase. Markets continue to expand and many countries that were ignored for so long have now become viable. For example, last year, Turkish, one of our top 10 languages, showed an almost nine-fold increase.

The trend of the ever-increasing number of female gamers in the market is an exciting one - almost half of games enthusiasts are women.

This trend is particularly well demonstrated in Brazil where the market is dominated by women (who also like playing "hardcore" games). Games developers should take it into account to attract this promising market segment.

It has to be continuing to grow the business. We also want to recruit more excellent translators and party hard at various conferences. We’re also releasing a new content system called Gridly next year. It will help developers manage their in-game content updates in GaaS titles.

LocDirect will still be supported and developed but this is a new offering that I can’t say too much about at this point. More details to follow at a later date!

Localisation demand for Chinese and Italian dropped in 2019

#PCGICYMI - The biggest stories and hottest features of the week - Improbable, Codemasters, LocalizeDirect and much more!