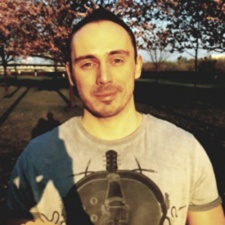 Localisation firm LocalizeDirect has a presence in eight countries, working with over 200 translators. We speak to lead sales manager Chris Detyna about what the company offers and the challenges it faces.

LocalizeDirect is a game localisation and localization quality assurance (LQA) company. Our main focus is game translation, localisation testing, and CMS software for developers. The founders were game developers in the past, so they know the many pain points experienced throughout a game dev cycle.

Localisation is one of those pain points, so decided to focus on that and look to improve how everyone handles this part of the process.

Now, we have offices and representatives in eight countries with our HQ in Sweden. We also regularly work with over 200 translators.

Very good. In the past six months, we reached and passed two milestones. We’ve now localised 700 games and exceeded 40m-plus translated words. We’ve strengthened our office in Vietnam with skilled senior developers, which will speed up our new service-based product development. Oh, and we recently signed up our 500th client.

We have a 60 per cent year-to-year revenue increase in the first half of our financial year. Our linguists are now translating over one million words every month.

We've also brought a few big names on board, strengthening our positions in Russia and China. We can't reveal them all due to the NDA ties but will let you know as soon as they release the games we are currently working on. Those now join our existing clients like Warner Bros Games, King, N3twork, Bethesda and other triple-A developers and publishers we've been working with for years.

Google Translate remains a challenge as some developers think that they can ship with machine-translated text in-game. What they don't take into consideration is that some languages are not conducive to auto-translation, especially rare and less-commonly spoken ones. They do not have enough content for the algorithms to predict which words will be used together. This results in inaccuracies and mistakes in the translated text.

Not to mention the differences in the terms used on different platforms. For instance, we "quit" apps on MacOS but "close" windows on Windows. So when it comes to jokes or idioms, there's nearly zero chance the machine will suggest the correct one.

The games-as-a-service trend is also putting pressure on us as we need to provide translations faster, as soon as the game updates have been released - sometimes on a weekly basis.

What do you think are the most exciting trends in games right now?

Depends on how we define "now" but I'm very happy to see great single-player titles being recognised for their rich stories and immersive qualities. I was scared for a while that the good old days of having the ability to choose between single and multiplayer were numbered as the Fortnites of the world took over.

Lucky for us narration-enthusiasts, recent successes like God of War, Spider-Man or Red Dead Redemption 2 proved there's still room - and a market - for folks who enjoy a good story being told through the medium of video games. In a way that's just as good as a book or a Tarantino movie. This is also proven by some of the attention garnered by games at E3 and Gamescom. I can't wait for Cyberpunk 2077 or Tales of Arise to finally get here. Not to mention the Final Fantasy VII Remake. Those alone will require a couple of days off from work.

On the global level, it's exciting to see the investments into the games industry from the non-gaming companies. One example is the mobile games studio Voodoo that raised $200 million from Goldman Sachs. Some governments offer tax breaks and create funds to support game developers such as France, Germany, Sweden and the UK.

The video games industry is larger than Hollywood. Global gaming attracted over $9.5 billion in investments in the past 18 months, that's pretty exciting. One of the drivers of this growth is emerging markets like Brazil, where the number of games studios has doubled in just a few years.

When it comes to localisation, we constantly analyse localisation preferences to identify market trends, and recently published our H1 game localisation report. It may come as no surprise that Russian, Brazilian Portuguese and Chinese are right behind the traditional FIGS (French, Italian, German and Spanish) languages, having almost equal shares.

Our most ambitious goal is to release Gridly - our flexible next generation CMS in 2020. We have seen a shift in games released, so much of the market is based on titles that are relentlessly iterated, the goal being that they live forever. Which is, of course, quite a shift from games that were sold as one-time products, you play, you complete, you trade.

Many games are now classed as games-as-a-software releases. Their time-in-the-market has increased due to constant updates (some roll them out weekly) and the access to game content platforms like Steam. So, we realized that the industry needs a convenient tool that will allow game devs to automate and track their localization pipeline while managing huge amounts of data.

We aim at offering all companies a fully-functional localization system. We've got requests from many game studios and publishers who said they would love to use one universal tool instead of a variety of different ones.

Even though we're building Gridly for the game industry first and foremost, we see it as the CMS for enterprise companies that create digital products and need a full-stack localization. That's why we are now considering investment opportunities to speed up the development timeline and add more features to the product.

Inside Track: Localisation specialist LocalizeDirect is expanding its vocabulary

Localisation demand for Chinese and Italian dropped in 2019

#PCGICYMI - The biggest stories and hottest features of the week - Improbable, Codemasters, LocalizeDirect and much more!