Meet Roblox: The biggest game platform you have (likely) never heard of 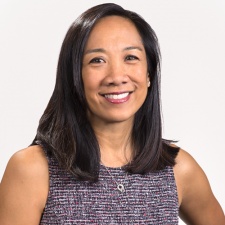 We’re not quite sure how MMO game making platform Roblox managed to fly under our radar for so long.

Today the firm boasts 56m monthly active players, 1.9m game creators and 29m projects and a massively popular line-up of toys based on developers from its community. But Roblox had rather low-key beginnings with founder and CEO David Baszucki wanting to teach kids about physics.

“He created a software modelling physics engine and went into schools and showed these kids his great creation and realised that these kids were actually creating models that were much more inventive than the software he was creating,” VP of marketing Tami Bhaumik says.

“The whole idea of user-generated content was born from that and Roblox with it. The idea was celebrating the creativity and imagination of kids and to allow them to build and create. Then we create all the backbone and backend, to be able to publish and support all of these creations.”

Perhaps the reason that many people haven’t heard of Roblox is out of its own sense of modesty. The company, by its own admission, says it prefers to celebrate the success of its users as opposed to itself as a platform.

“It was really important for our CEO to not put us forward and to never forget that our success is the result of our creators,” Bhaumik explains.

“That's how we approach everything. The last three years have been really monumental for us in terms of growth. For one, we have really focused on expanding across platforms. Kids can jump in and play whether they be on mobile, desktop, tablet. We have removed those barriers to play so it doesn't matter where you are from, what device you are on, you can jump on and play. We have also been active in improving the game experience on mobile. We're not finished by any stretch of the imagination. We're continuing to evolve and improve the whole mobile games experience.

“We're also becoming more refined and sophisticated in the overall experience which helps as well. Again, safeguarding the community is important as well, rolling out features that allow parents to decide what's right for their kids in terms of chat and socialisation. The biggest reason we have grown so much is about making it a social experience. These kids play and communicate with one another because of that chat experience.”

Roblox isn’t just a massive and engaged community; the platform is also a means for young coders to make a living. The company is on track to pay out $30m to its creators this year. This is an impressive figure and makes for good headlines. But Bhaumik says there’s a lot of work to be done to improve the platform and make sure this is sustainable.

“There's so much work to be done. I'll be really honest with you – it's not that easy to develop on Roblox,” she says.

“It attracts kids who are really determined. It's almost like a barrier to entry. When you go to our studio product, it's not an easy step-by-step process. You really need to work your way into it, go onto the community forums and learn how to programme and code.”

She continues: “We have a huge initiative to hire an education team whose charter is to make it easier to bring new people into the ecosystem. Hopefully, this will do a few things. The first is bring more diversity into the platform. It'll allow kids who aren't necessarily hackers to develop games that are really interesting and will inspire new creators. Our developer ecosystem will just grow and there's more diverse games, then we'll continue to increase the payout as we continue to scale and get more economies of scale. We'll want to share more of that with those developers. There's a big opportunity there.”

And speaking of education, Roblox - much like Microsoft with Minecraft before it - is making a sizeable investment in education.

“It's absolutely a focus for us, but it's been pretty organic,” Bhaumik explains.

“We haven't had a formal initiative until now. In 2018, we will have a formal group that will be able to develop a curriculum that will be tailored to summer camp programmes and schools, but we wanted to wait until we could do it the right way. It's a big initiative for us, especially given our beginnings which I mentioned to you before, our CEO wanting to teach kids about physics, it's a natural place for us to be.”

To date, Roblox hasn’t done any paid advertising, so Bhaumik boasts that all growth has been organic. Maybe as a result of this, the company hasn’t localised the platform for any local languages; 50 per cent of its user base is from America. So, localising the game is something that Roblox wants to rectify in the immediate future.

“Localising language is important, as is localising currency – payout for our devs, but also for players to purchase Robucks in their own currency,” Bhaumik says. “International is a big expansion for us.”