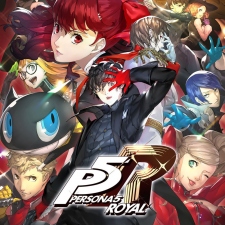 The expanded version of Persona 5, Royal, has shifted over 3.3 million copies to date.

Back in November, the initial PlayStation 4 version of the title had sold 2.3 million copies, while developer and publisher Atlus announced via Twitter today that the newly-released editions for PC, PS5, Xbox and Nintendo Switch had moved over one million units. There's no breakdown to indicate how many copies were sold on each platform.

"Thank you to fans worldwide for all of your support!" the company said.

Persona 5 initially released back in 2016 in Japan ahead of a Western release the following year. The role-playing game franchise has grown in popularity in recent years, including success and acclaim on PC. Persona 4 Golden launched on Steam in 2020 and sold over one million copies in its first year on the platform.

As of March of this year, Persona 5 had sold 7.22 million copies, so the title is likely approaching ten million units sold to date by this point. At that point, the franchise as a whole had sold 15.5 million copies, likely putting the series total close to 17 million at the time of writing.