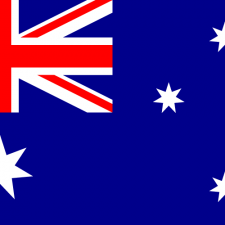 A bill legislating loot boxes in video games has been introduced into the Australian Parliament.

The Classification (Publications, Films and Computer Games) Amendment (Loot Boxes) Bill 2022 seeks to require that all video games featuring this business model automatically be given an R18+ rating. As one might guess, this is to stop minors engaging with loot boxes. The legislation would also require games featuring this monetisation model to have a warning.

The bill has been introduced by MP Andrew Wilkie, who announced his intent to file such legislation in July 2021. It has been seconded by the Liberal National Part of Queensland MP Andrew Wallace.

"By tempting young players with the potential-to-win game-changing items, encouraging risk-taking behaviour for a possible reward, delivering random prizes on an intermittent basis and encouraging them to keep spending money, it's clear that loot boxes give rise to many of the same emotions and experiences associated with poker machines and other traditional gambling activities," Wilkie said.

Wallace added: "We have our differences on many things, but the member for Clark has been an absolute strident champion in his desire to clean up the gambling industry — as have I. We stand shoulder to shoulder in this place to put big tech and the big gambling companies on notice that he and I, and anyone who wants to join us, will fight shoulder to shoulder to protect Australians who have become vulnerable to gambling."

Now Australia's Government might be looking into loot boxes