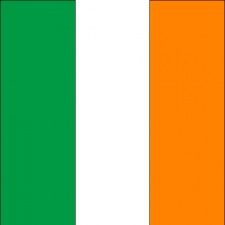 Ireland is the latest country to introduce a tax relief scheme for video games development.

Revealed yesterday (Monday, November 21st), the Tax Credit for Digital Games will allow developers and publishers to claim back up to 32 per cent of the cost of designing, producing and testing their wares. The limit on how much companies can claim is €25 million ($25.7 million) per project on the high end – or 80 per cent of and €100,000 (≈ $102,800) on the low.

"Ireland is already a world leader in other areas of the audiovisual sector including film, television and animation production, I believe that this credit will be instrumental in replicating such successes in the digital gaming sector," Ireland's Minister for Finance, Paschal Donohoe said.

"The introduction of this credit will ensure that Ireland is competitive in an industry that is estimated to be worth up to €260 billion."

The Minister for Tourism, Culture, Arts, Gaeltacht, Sports and Media, Catherine Martin, added: “The Digital Games Tax Credit will lead to support for the development of indigenous games companies along with increased investment from overseas games companies looking to locate in Ireland."

France recently extended its tax relief for video games through to the end of 2028.