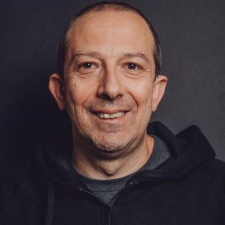 The venture was initially set up in 2017 by Chris Olsen and Playdead veteran Dino Patti. No figure has been placed on the deal, which closes today (Tuesday, November 15th), the same day as Jumpship's first title Somerville is being released.

“The level of intrigue that Jumpship has managed to generate for its debut title shows you that this is a team with a deep artistic vision,” Thunderful chief gaming officer Agostino Simonetta (pictured) said.

“Adding to our already diverse and accomplished roster of talent under the Thunderful Studios’ umbrella is an important part of our strategy to build strong internal IPs. We look forward to supporting the team at Jumpship to harness their skill for building impactful narrative driven experiences as they continue to create fantastic titles within the Thunderful family.”

Jumpship studio director Claire Boissiere added: “Thunderful is pushing the boundaries by forming a family of game studios who will work under an umbrella of services that supports autonomy and creative vision. Our team sets its own course and it's great to find a partner that not only understands that but can truly support us. Thunderful's established relationships with key platform holders and expertise in putting games into the hands of players gives us an infrastructure where we can focus on what we do best: crafting games that challenge our audience both emotionally and intellectually.”

This is the tenth studio acquisition that Thunderful has made and the first since Anders Maiqvist became acting CEO.