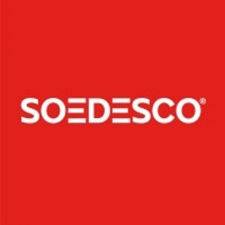 This move is apparently part of Soedesco's plans to bolster its first-party line-up of studios and comes in the wake of setting up an office in Madrid in March of this year.

Superlumen was founded back in 2015 and has worked on over 70 projects to date, in addition to making the award-winning Desolatium IP.

No figure has been placed on the deal.

"We strongly believe the acquisition of Superlumen to be a great long-term strategic decision," Soedesco Ibericá GM Barnando Hernandez said.

"The studio has a talented and passionate development team, a strong brand identity and a lot of creative potential which we intend to leave uncompromised as we move forward. We’re looking forward to bringing new IPs and games to our audience in the coming years."

Superlumen CEO Juan Cassinello added: "After six years of developing virtual experiences for prominent Spanish brands, we have decided to focus more on developing our own IP. We are eager to work and learn alongside our new colleagues and create the best possible video games for our audience."