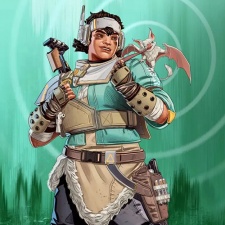 Free-to-play battle royale title Apex Legends has drawn in a huge audience with its most recent round of content.

According to Steam Charts, the game has hit a new record for concurrent players, 510,286, which the shooter hit at 15:00 BST on Wednesday, August 10th. This new high comes just days after developer Respawn Entertainment rolled out the new content for Season 14, which include a wealth of gameplay changes and the addition of new character Vantage.

This comes as social media users attempt to disuade people from playing Apex Legends with the #NoApexAugust hashtag. The idea behind this is that there have been persistent bugs and issues with the battle royale game that Respawn has not addressed, so this campaign will bring attention to them. The fact that Apex has just hit a new record for simultaneous users might suggest this is not working.

Apex Legends made its debut back in February 2019 but didn't come to Steam until November 2020.

To date, the game has made well over $2 billion in revenue, according to publisher EA, and has been played by more than 100 million people.