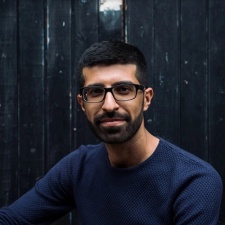 The Series A round was led by Haveli Investments, with the cash going towards ramping up hiring at the developer. The aim is to release Predecessor into Early Access later this year.

Predecessor is based on Epic Games' Paragon, which the Fortnite giant cancelled in 2018. The company made all of the assets for the game – which Epic reckons represented $12 million worth of work – available to developers using its Unreal Engine.

"We decided to raise our Series A to accelerate development after the success from our earlier playtests," Omeda founder and CEO Robbie Singh (pictured) said.

"However, we weren't just looking for money. What was most important to us was finding a partner who shared our vision for how we wanted to make games and believed in the power of community."

Haveli Investments' CEO and founder Brian Sheth added: "Robbie and his team have built an engaged community and game using a player-first approach that is incredibly exciting and holds the potential to rapidly become part of the pantheon of the great MOBAs. All of us at Haveli are looking forward to the great things to come from Robbie and Omeda."

This $20 million investment comes in the wake of a $2.2 million seed funding round that Omeda raised in March 2021.