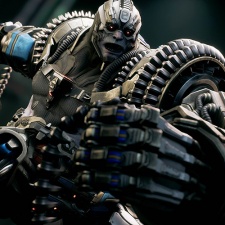 Tech and software giant Epic Games has announced it will be closing its MOBA Paragon later this year.

Announced via the project's website, the developer said that Paragon will be closed on April 26th. But in a surprising bit of news, the firm has revealed it will be refunding players with any money expended on the free-to-play Paragon since its March 18th roll-out on PC and PlayStation 4.

"It’s with heavy hearts we’ve decided to close down Paragon," the company said.

"We truly appreciate everything you’ve put into Paragon. We received many passionate ideas for where to take the game; the outpouring of thoughtful suggestions is another testament to this incredible community.

"After careful consideration, and many difficult internal debates, we feel there isn’t a clear path for us to grow Paragon into a MOBA that retains enough players to be sustainable.

"We didn’t execute well enough to deliver on the promise of Paragon. We have failed you -- despite the team’s incredibly hard work -- and we’re sorry."

This follows a post on Reddit from an alleged Epic employee which says that following the massive success of Fortnite, the firm was questioning whether to continue with Paragon.

Fortnite has been a smash hit, especially since the introduction of its Battle Royale mode in September. That has driven more than 40m to play the game since its July roll-out.

It should be noted, too, that Epic's is not the only MOBA to fail in the market. EA's Dawngate never made it to market, while Jagex's Transformers Universe released in beta before being ditched.