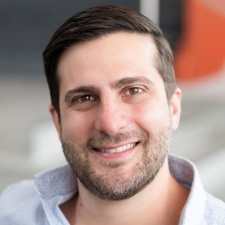 Game developer Lightforge has raised $15 million with its Series A funding round.

The venture, founded by veterans of Epic Games and Blizzard, has attracted this figure in a round led by Bitkraft Ventures, while Galaxy Interactive, NetEase and Dune Ventures also took part. They join investors such as Oculus co-founder Nate Mitchell, the co-founder of Twitch Kevin Lin and influencer Imane “Pokimane” Anys.

"Our team is building a game that looks to push the boundaries of the stories and worlds players can create together," said Lightforge Games CEO Schembari (pictured).

"In raising this round of funding, and doing so with an amazing set of partners, we'll be able to continue to expand the team to meet our ambitious goals."

Bitkfraft Ventures partner Moritz Baier-Lentz added: “The Lightforge team’s credentials speak for themselves, but their vision really came to life for us when we had a chance to look behind the scenes and see the amazing progress that the team had made in such a short time. It’s already an incredibly fun and captivating experience, and I’m not surprised that this group of exceptional founders and executives across gaming, streaming, and interactive media is rallying behind the Lightforge team to take them to the next level, and cheer them on as they continue to push the boundaries and perception of video games.”

Lightforge was founded back in 2020 and revealed to the public in May 2021.