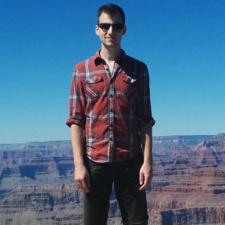 The studio will be shutting down this year, after it has released July 5th's Last Call BBS and a solitaire title it wants to have out by the end of 2022.

Speaking to Kotaku, founder Zach Barth says that the team has chosen to close the developer of its own free will.

“Zachtronics will release Last Call BBS next month. We’re also working on a long-awaited solitaire collection that we’re hoping to have out by the end of the year. After that, the team will disband. We all have different ideas, interests, tolerances for risk, and so on, so we’re still figuring out what we want to do next.”

This isn't the first time that Zachtronics has closed down. Back in 2015, the studio shut its doors when Barth landed a job at Valve, before it was re-established later down the line.

"It gave us an opportunity to cash out some of our equity, re-engage with the rest of the games industry, and rebuild from scratch,” Barth explained.

“I’m not saying the same thing is going to happen here, because we really are shutting down Zachtronics, but when you make these decisions for yourself deliberately, instead of letting circumstances dictate them, it’s easier to get the results you want in the long run.”

Zachtronics is best known for its puzzle titles, such as Opus Magnum. Back in 2018, we caught up with Barth to discuss that game's development and its troubled launch on GOG.com.