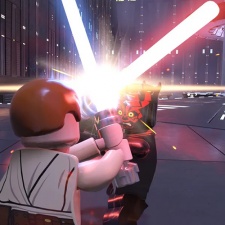 The latest entry in Warner Bros' LEGO Star Wars games series has shifted over 3.2 million copies around the world.

That's according to developer TT Games, which revealed that the title had hit this milestone within two weeks of its April 5th release. This 3.2 million figure is apparently a record for the franchsie.

Thanks to all the players for helping make LEGO Star Wars: The Skywalker Saga the biggest launch in LEGO Game history!"

The game has been a hit on PC, charting near the top of the Steam charts following its release.

Its launch comes in the wake of reports that developers at studio TT Games were forced to crunch pretty hard in order to finish the project.

The LEGO Star Wars franchise has been around since 2005, with this latest edition featuring content from all nine main-line films, as well as some of its spin-off content.