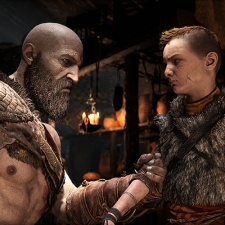 The title made its debut on the PC platform on January 14th following its release on PlayStation 4 back in 2018. When God of War was announced for PC, the game had shifted 19.5 million copies. It is the latest Sony first-party title to make the leap to PC, following Horizon Zero Dawn and Days Gone. It seemingly is far from being the last, too.

Monster Hunter Rise made its debut in second place – following pre-orders landing in third last week – while former No.1 Ready or Not drops to fourth week-on-week. Pre-orders for Elden Ring came in fifth, rising two places in the previous seven days, with Valve's Index VR headset charting in sixth.

Project Zomboid from The Indie Stone dropped from fourth to seventh, coming in ahead of pre-orders for Dying Light 2. That title is set for a February 4th release.

Co-op romp It Takes Two fell from second to ninth week-on-week, while Five Nights at Freddys: Security Breach rounds off the charts in tenth.

Here is the Steam Top Ten for the week ending January 15th: