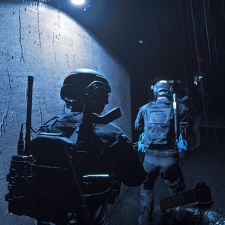 Police shooter Ready or Not was the best-selling game on Steam for the third week on Steam.

The title launched on December 17th and has been No.1 for the third week in a row. Co-op romp It Takes Two was the second-highest charter of the week – once again – while pre-orders for Monster Hunter Rise took third place ahead of its January 12th launch.

The Indie Stone's Project Zomboid rose one place week-on-week to No.4, swapping places with Valve's own Index VR headset. The latest entry in the Five Nights at Freddy's franchise – Security Breach – dropped three positions to No.6, coming in just ahead of pre-orders for Elden Ring. That title is set to release on February 25th having been delayed from the end of 2021.

Facepunch's Rust rose two places last week to No.8, while Xbox Game Studios holds the last two positions of the Top Ten with Forza Horizon 5 and Sea of Thieves respectively.

Here is the Steam Top Ten for the week ending January 8th: