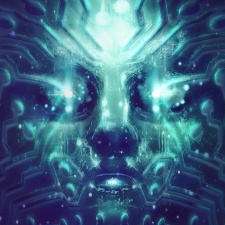 The title, developed by Nightdive Studios, is set to launch in 2022 on both PC and console. It's a ground-up remake of System Shock that started development in the wake of the studio releasing an Enhanced Edition of the 1994 classic and raised funds on Kickstarter.

This crowdfunding push saw the developer raise $1.3 million, though the project was put on hold in 2018 as work on the project ran into trouble. Development resumed at some point after this, with a demo launching in 2020.

“System Shock has been a true labour of love and our goal has always been to deliver a game that is as close to perfect as we can make it,” Nightdive founder and CEO Stephen Kick said.

“We're excited to partner with Prime Matter to achieve that goal and see this as an important step in the growth of Nightdive Studios.

“It will allow us to offer System Shock to fans all over the world, both in digital and physical goods formats, as well as fully honour our commitments to our fans and, in particular, to our thousands of supporters on Kickstarter, without whom this game would have never been possible.”

In 2020, Tencent took control of the System Shock IP from developer Otherside Entertainment, who had been working on System Shock 3.