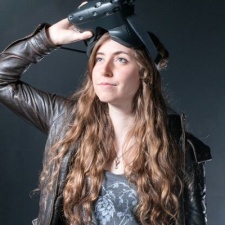 That's double the six per cent that was part of some collective worker organisation back in 2019. 43 per cent of employees and contractors replying to the survey said that relations with their management was good, while 29 per cent said it was excellent. Respondents saying this dynamic was fair or poor clocked in at 18 and nine per cent respectively.

Over half of developers said that companies had policies aimed at increasing equity, diversity and inclusivity, though only 38 per cent of workplaces had a formal complaint process regarding this policies and 28 per cent had a disciplinary process. 60 per cent of respondents said that their company had a sexual harassment policy.

When it comes to overtime, "only" 33 per cent of developers said that their roles including crunch, a dip from the 41 per cent in 2019. 22 per cent of respondents had to work overtime, which is again a reduction from 35 per cent two years ago.

“In order to produce high-quality games in a sustainable and consistent manner, we as an industry need to foster and cultivate the talent available to us. No one should ever avoid or leave our industry because they feel unsupported or unwelcome,” IGDA's exec director Renee Gittens (pictured) said.

“Acknowledgement of these areas of weakness, particularly with hard numbers to support them, is key in taking the steps to amend these problems. Some of these results should be disheartening, but empowering.”