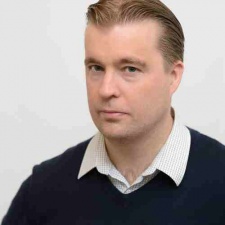 Paradox's returning CEO Fredrik Wester has apologised for what he called "inappropriate behaviour" towards a member of staff.

In a thread on Twitter, the exec said that this conduct had occurred back in 2018 at a company-wide meeting. There were no further specifics detailing what actually happened, but Wester said that he had apologised to the member of staff shortly after the incident in a process overseen by Paradox HR.

The exec also says that this incident didn't have anything to do with his departing his position as CEO of Paradox back in 2018.

"It has never been my intention to make anyone uncomfortable around me, but that is still what happened, much to my regret," Wester said.

"Following this episode, I have been working with my coach and mentor to understand the impact of my behavior better, and to better myself."

He continued: "I understand that this makes my cause less credible when it comes to handling these issues internally and will therefore not be involved directly with it, it will be done by HR at Paradox with external help, but of course with my full support if needed."

Wester left Paradox back in 2018 and was replaced by Ebba Ljungerud. He is returning to the CEO position following her departure earlier this month over "differing views on company strategy."