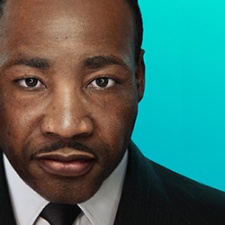 Having teamed up with the likes of Marvel, Travis Scott and Christopher Nolan, Epic's latest Fortnite collaboration is a... Martin Luther King educational event.

The games firm has partnered with Time for a new interactive experience called March Through Time, which details the 1963 March on Washington for Jobs and Freedom, a gathering which helped garner support for the the civil rights movement in the United States. It's also where Dr King delivered the now iconic "I have a dream" speech.

The March Through Time event is set in a version of Washington DC called DC 63 where players can see media from the time.

“Fortnite Creative is a way for anyone to build fantastical new experiences and publish them to an audience of millions, all inside one of the world’s most popular destinations for social entertainment and gameplay,” said Epic's VP of global partnerships Nate Nanzer. “We were honored to help TIME Studios bring such an impactful moment in the ongoing struggle for civil rights to life inside Fortnite Creative.”

Time Studios president Ian Orefice added: “Time Studios’ mission is to embrace innovative new formats to tell the world’s most impactful stories. We are thrilled to introduce our first-ever gaming experience and expand our groundbreaking The March project, which started as an immersive exhibit, into the global, educational event March Through Time in Fortnite Creative."

You can check out a trailer for the event here: