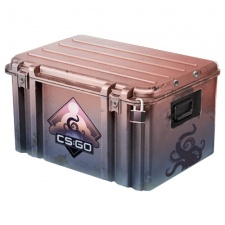 PC giant Valve has opened up an art competition for Counter-Strike: Global Offensive with a $1 million prize pot.

Dubbed Dreams & Nightmares, this started today (Thursday, July 22nd) and is running until October 21st, and requires participants to design a dream-themed piece of art for a weapon of their choosing which will appear in a special case.

Valve has prescribed 17 weapons which will eventually be appearing in the Dreams & Nightmares weapon case. The firm also says that it will not own the artwork used in CS:GO; artists are giving Valve a "non-exclusive license" to use it in the game and will be able to license the art elsewhere.

That $1 million pot is going to be divided up between ten prizes, each worth $100,000. It's possible for one participant to win more than one of these prizes. Winners will be contacted by November 21st.

CS:GO reportedly saw a 17 per cent drop in players in June following the rollout of the premium Prime tier of play.