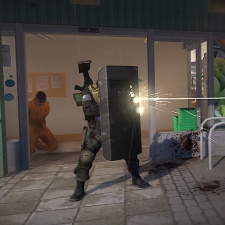 The new expansion made its debut on September 22nd and brings with it content including new maps, missions and game modes. No doubt this will help revitalise CS:GO following reports that the new Prime business model that Valve introduced for the free-to-play shooter had resulted in a 17 per cent drop in players.

Amazon's long-awaited MMO New World makes its Steam debut in second place following a number of delays, while NetEase's battle royale title Naraka: Bladepoint holds steady at No.4 week-on-week. Pre-orders for FIFA 22 were the fifth highest-selling item for the week, coming in ahead of Bethesda's Deathloop, which was No.1 last week and has dropped to No.6

Beaver city-building title Timberborn has dug in at seventh, as has Valve's Index VR headset kit. Meanwhile the rest of the Steam Top Ten has something of a common theme; simulators.

Here is the Steam Top Ten for the week ending September 25th: