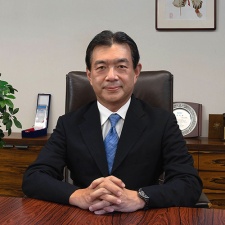 The firm revealed the news yesterday, saying that he will be starting his role on August 1st, 2021. Matsubara was previously president and chief publishing officer at Sega, but stepped down 12 months ago for personal reasons.

"We warmly welcome Mr Matsubara who has a wealth of business expertise and experience in leading the game industry," SNK wrote.

"He brought tangible success to prestigious companies with his extensive experience in game software development, marketing, and sales both in Japan and overseas. We will aim for further growth and an increase in corporate value under his leadership. With the appointment of Kenji, we promise that SNK is positioning itself for a new phase of growth and development."

As well as Sega, Matsubara has held roles at Zynga, Oracle and Hitachi.

At the end of 2020, Saudi Crown Prince Mohamed bin Salman acquired 33.3 per cent of SNK, before going back to snap up another 17.7 per cent of the firm.