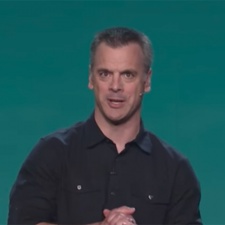 Bethesda's SVP of global marketing and comms Pete Hines has said sorry to PlayStation owners over Starfield's Xbox exclusivity, but said that it'll have a positive impact on development.

Speaking to GameSpot, the exec said that bringing the game to only one console rather than two will make development "more streamlined". The title is coming to PC and Xbox in November 2022, having previously been announced back at E3 2018.

"We're not making it on that box, so it just needs to run as well as possible on this one and on a PC. Narrow focus always helps."