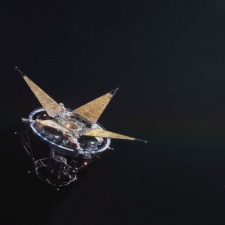 Todd Howard announced Starfield would be the studio’s next big project during its E3 showcase last night.

A short teaser followed the news that Starfield is Bethesda’s first new IP in 25 years. It’s worth remembering that Fallout was originally an Interplay product, and prior to that Bethesda had been an Elder Scrolls company since 1994.

Expectations for Starfield are high, with plans to grow it into a series in scope with Fallout and The Elder Scrolls. Howard described it as ”a brand-new, next-generation, single-player game.This one is in an all-new epic franchise. Our first wholly original franchise in 25 years."

It’s still early days for Starfield, with a vague trailer showing an explosion ripping through space. Expect the title to launch when the next generation of consoles roll out. However, Starfield will still launch before The Elder Scrolls VI, also revealed that night.

Check out the full trailer below: