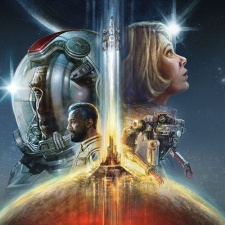 The eagerly-awaited sci-fi RPG Starfield is launching in 2022.

The news was announced during the Xbox and Bethesda E3 showcase, with the game being released as an Xbox console exclusive – alongside PC – on November 11th of next year. Starfield is also being released straight into the Game Pass subscription service.

"Starfield is the first new universe in 25 years from Bethesda Game Studios, the award-winning creators of The Elder Scrolls V: Skyrim and Fallout 4," the company said in a post on Xbox Wire.

"In this next generation role-playing game set amongst the stars, create any character you want and explore with unparalleled freedom. Harnessing the power of next-gen technology and built on the all-new Creation Engine 2, Starfield takes you on a journey through space as you strive to answer humanity’s greatest mystery."